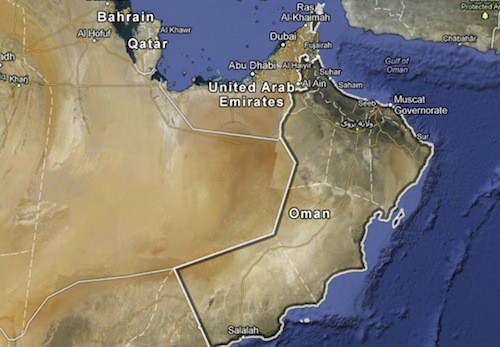 The Arabic Network for Human Rights Information (ANHRI) condemns the Omani public prosecution’s decision to convict Taleb El-Mamaari, a member of Oman’s Shura Council, based on charges of ‘inciting a demonstration’ for his participation in a protest on 22 August 2013 calling attention to the environmental pollution caused by facilities in the port of Sahar.

Omani authorities arrested El-Mamaari two days after the protest and after his return from a meeting with some other members of the Shura Council at the Sahar police station wherein they discussed toxic emissions caused by the facilities in the area.

He was detained for 14 days by the sultunate’s security forces before being referred to the public prosecution, which in turn renewed his imprisonment for another week.

“The Omani authorities’ arrest of Taleb El-Mamaari for his show of solidarity with families in his constituency is a clear encroachment on freedom of opinion and expression,” said ANHRI, “It is a violation of the citizens’ right to participate in the shaping of their country through their elected representatives. Furthermore, it is also considered a violation of Omani laws, which prevent the arrest of a member of the Shura Council before he is stripped of his parliamentary immunity, which is not applicable in El-Mamaari’s case.”

The organization added that the Omani security forces evaded article 58 of the basic law of the state, which states that “except in the case of flagrante delicto [caught redhanded]. No punitive action shall be taken against a member of the Shura Council during the annual session except with the prior permission of the council concerned.”

ANHRI calls on the Omani authorities to release Taleb El-Mamaari, to secure his health and his integrity, and to not legally pursue him.