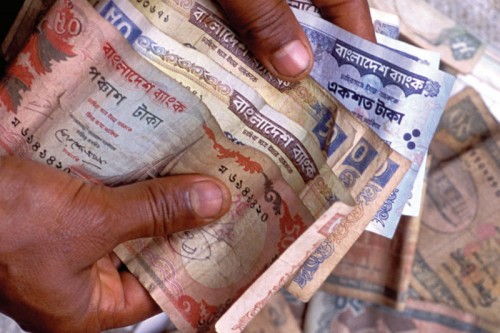 “Corruption is not inevitable,” Mr. Ban said in his message for the Day. “It flows from greed, and the triumph of the undemocratic few over the expectations of the many.”

In 2003, the General Assembly designated 9 December as International Anti-Corruption Day to raise awareness of both corruption and the role of the UN Convention against Corruption in combating and preventing it.

In his message, the Secretary-General noted that 164 countries have so far become States Parties to the Convention, adding that “we need universal adherence.”

The Convention entered into force in December 2005, and sets out prevention and criminalization measures targeting corruption, while also facilitating international cooperation and asset recovery.

The UN chief said addressing the problem of corruption had become “all the more urgent” as world governments and institutions seek to craft a new development agenda to succeed the anti-poverty targets known as the Millennium Development Goals (MDGs), which were agreed on by world leaders at a UN summit in 2000 and have a 2015 deadline for achievement.

He also highlighted that the General Assembly’s landmark High-Level Meeting on the Rule of Law in September – which linked respect for transparent justice-based laws to success in achieving peace, security and prosperity – stressed the importance of addressing and preventing corruption.

With the theme for this year’s Day being ‘Act Against Corruption Today,’ Mr. Ban said he was calling on “everyone to work towards a sustainable future, where corruption is exposed and rejected, where integrity prevails, and where the hopes and dreams of millions are realized.”

He added, “Governments must play their part, and citizens must raise their voices.”

Mr. Ban pointed out that the ill-effects of corruption ripple throughout society, denying people vital social services and infrastructure, and denigrating the environment.

“The cost of corruption is measured not just in the billions of dollars of squandered or stolen government resources,” Mr. Ban said, “but most poignantly in the absence of the hospitals, schools, clean water, roads and bridges that might have been built with that money – and would have certainly changed the fortunes of families and communities.”

Corruption aggravates environmental problems, he said, through such activities as illegal dumping of hazardous waste, or the illegal trade in animal and plant life.

Mr. Ban also flagged how these activities can be facilitated by bribery and under-the-table incentives, which in turn determine who is awarded contracts. He added that this was especially true in the case of “highly lucrative, large-scale infrastructure projects.”