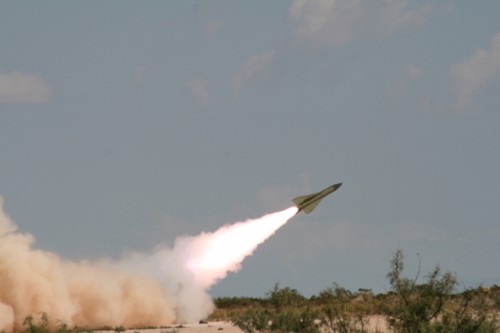 Pakistan successfully conducted a nuclear-capable ballistic missile test on Wednesday, the military said, according to AFP.

Pakistan’s Shaheen-1A is an intermediate range ballistic missile, capable of reaching targets in India, Aljazeera reported. Military officials refused to reveal details about the range of the missile.

The missile which landed in the Indian Ocean comes less than a week, after rival India tested a missile capable of delivering nuclear warheads as far as Beijing and Eastern Europe, reuters reported.

India and Pakistan were on edge of clashing  in 2002 over the status of the Kashmir territory.   India and the United States have accused the attacks on Pakistani militant group Lashkar-e-Taiba and Islamabad.

Pakistan, like neighboring India, has not signed the nuclear non-proliferation treaty (NPT).