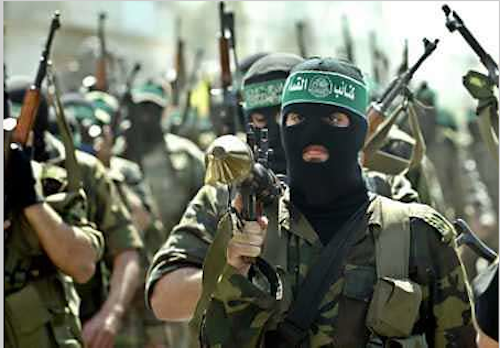 Israeli forces struck a number of sites in the Southern Gaza Strip early Monday as armed wings of Gaza’s ruling Hamas movement and the Islamic Jihad group announced Monday they had fired a barrage of rockets at Israel, a day after an Israeli airstrike injured 11 people.

Five Palestinians were moderately injured by shelling in the nearby border town of Khuzaa, Gaza health ministry spokesman Ashraf al-Qidra told Maan news agency on Monday. Later Monday morning, residents said a missile was fired at Rafah by an Israeli military aircraft, with no reports of casualties.

In a statement released Monday, the IDF spokesperson said that the IDF hit “a number of terror cells and targets of the terrorist organization Hamas in the Gaza Strip, in response to the rockets fired this morning toward territory of the state of Israel,”  Haaretz reported.

Israel said up to 30 rockets had hit southern Israel early Monday, with no immediate reports of injuries of damage.

At the same time, Hamas’ military wing Izz Addin Al-Qassam Brigades and the Islamic Jihad’s Al-Quds Brigades in an unusual move claimed responsibility for the fire, saying they were targeting Israeli military bases in response to an air strike on Sunday.

Hamas has not claimed responsibility for launching rockets and mortars at Israel since June.

On Sunday evening, an Israeli air strike on a motorbike in Rafah in the southern Gaza Strip injured eleven Palestinians, including five children. Israel’s army said it had targeted two jihadi militants.

“Going too far in the aggression on the Gaza Strip will provoke the Palestinian resistance into responding more strongly and on a wider scale,” a statement released on Monday by Qassam Brigade spokesman Abu Ubayda said.