Palestinian poverty in Jerusalem on the rise: Report 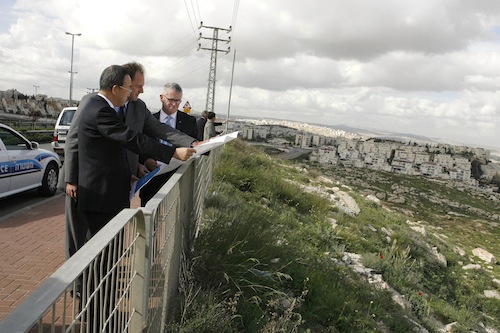 The Palestinian economy in East Jerusalem has been progressively isolated and constricted and now wields less than half of the economic influence that it had in 1993, a new UNCTAD report released on May 8 says.

The East Jerusalem economy constituted 15 per cent of the Palestinian economy prior to the signing of the 1993 Oslo Accords, but has shrunk to an estimated 7 per cent in recent years, according to the report.

While the GDP of East Jerusalem (around US$600 million in 2010) has increased, albeit marginally, since 2001, its relative size has fallen because growth in East Jerusalem has lagged behind that of the remaining Occupied Palestinian Territory (OPT).

It has been estimated that the Israeli separation barrier has imposed over $1 billion in direct losses to the economy of East Jerusalem since its construction began in 2003, the report says. Its adverse impact in terms of lost trade and employment opportunities endures, and is estimated at around $200 million per year, according to the study.

UNCTAD economists note that Jerusalem – of significance to people and faiths from around the world – has been gradually detached from the Palestinian economy, despite its historic role as the Palestinian people’s commercial, cultural and spiritual centre.

The economy of East Jerusalem is not only constrained by Israeli impediments affecting the OPT generally. Many of the obstacles to the city’s development are specific to the status of East Jerusalem as an occupied territory subsequently unilaterally annexed to Israel, the report says.

UNCTAD notes that Palestinian poverty in Jerusalem has risen steadily over the last decade, as the city’s isolation from its Palestinian hinterland has continued to increase since the second intifada and the construction of the Israeli separation barrier. In the space of one year alone, the poverty rate of Palestinian households rose from 68 per cent (in 2009) to 77 per cent (in 2010). By comparison, only 25 per cent of Israeli households in (both East and West) Jerusalem were classified as poor in 2010. The available data indicate that 82 per cent of Palestinian children in East Jerusalem were living in poverty in 2010, compared to 45 per cent of Israeli children living in Jerusalem.

UNCTAD contends that the economy of East Jerusalem is integrated neither into the Palestinian economy nor into the Israeli economy. East Jerusalem’s economy is structurally dependent on the West Bank to sustain production, trade and employment, and at the same time is forcibly dependent on the Israeli market, to whose regulations it must conform, and which serves as a source of employment and trade and as the principal channel for tourism to the city.

“These paradoxical relations have served to effectively leave the East Jerusalem economy to fend for itself in a developmental limbo, severed from Palestinian Authority jurisdiction and subordinated to the Jewish population imperatives and settlement strategies of Israeli municipal and State authorities,” UNCTAD asserts.

UNCTAD slammed Israel for not doing enough to meet its obligations as an occupying power, urging the country to act “with vigour to improve economic conditions in east Jerusalem and the well-being of Palestinian residents.”

It also called for an end to “settlement activities and the occupation of east Jerusalem in line with United Nations resolutions.”

Israel captured the Arab eastern part of Jerusalem during the 1967 Six-Day War and later annexed it in a move that has never been recognised by the international community.