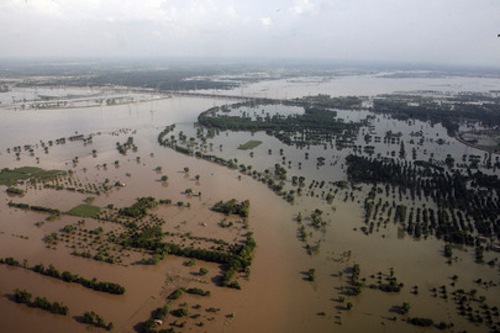 With support from the United Nations, Palestinian officials today launched the first database designed to provide information on disaster losses that will help develop planning policies and strengthen community resilience.

In January, a winter storm struck the region and caused severe damage to the agriculture and infrastructure in the northern West Bank. About 12,000 people across 190 communities were affected by this storm.

The initiative was launched in Ramallah, and was presided over by various Palestinian officials as well as Margareta Wahlström, UNISDR chief and Special Representative of the Secretary-General for Disaster Risk Reduction, who began her visit to the region this week.

Ms. Wahlstrom met with the Minister of Planning and International Cooperation, Mohammad Abu-Rahmadan, who told her that the storm last month was an early warning to all sectors that “Palestine can be affected by weather-related events that are beyond the usual patterns.”

During her visit, Ms. Wahlström will also meet with Prime Minister Salam Fayyad and other senior officials, as well as representatives from local government and members of the Palestinian Red Crescent Society.

“It’s an opportunity to pull together all the knowledge that exists here and strengthen the coordination to improve and enhance risk mitigation to be better prepared,” Ms. Wahlström said.

Over the next three days, 100 participants representing various Palestinian governmental and non-governmental entities, international organizations and UN agencies will attend a disaster inventory training as part of the initiative.