Posted on: June 28th, 2012 by AlYunaniya Staff No Comments 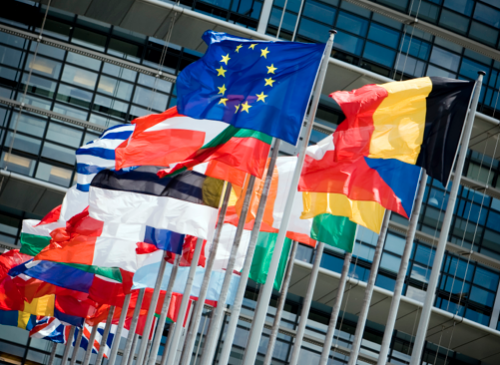 President Karolos Papoulias, is set to represent Greece at a crucial summit that begins in Brussels Thursday, and is expected to deliver European Union leaders a letter from Prime Minister Antonis Samaras, who is recovering form an eye surgery, seeking amendments to the country’s bailout deal with its creditors.

According to sources, Samaras’s letter states that Greece will stick to its bailout commitments but underlines that certain “adjustments” are necessary due to a worsening recession and high unemployment.

Greece’s financial situation though is unlikely  to dominate Thursday’s EU summit , with Germany’s Angela Merkel saying total debt liability would not be shared in her lifetime and giving little support to Italian and Spanish pleas for immediate crisis action, who have both appealed for European rescue funding recently.

“I don’t see total debt liability as long as I live,” Merkel was quoted as saying, a day after branding the idea of euro bonds “economically wrong and counterproductive”.

EU officials are most likely to discuss Greek calls for adjustments to the memorandum briefly, even though there appears to be little willingness for any concessions over and above an extension of Greece’s fiscal adjustment period, according to Kathimerini.

The Troika visit will now take place in July. The postponement will also delay the overdue €5 billion bail-out loan due to Greece, of which all but €100 million was due to go directly to the banks.

Earlier Wednesday the new finance minister, Yannis Stournaras, met with Papoulias to discuss political developments and preparations for the summit. Stournaras, who has not been sworn in yet as Greece’s finance minister, will to remain in Athens to prepare for a visit by troika officials. Outgoing Finance Minister Giorgos Zannias will join Papoulias at the EU summit.