Poorest in Mozambique may be left out of economic upturn, UN warns 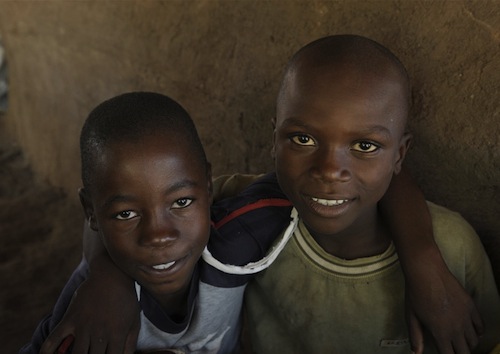 A United Nations independent expert today urged the Government of Mozambique to urgently address the needs of the poorest and most marginalized in society warning that they risk being left behind as the country enters unprecedented economic growth with extractive industries vying to invest in its natural rich resources.

“While some living in Mozambique are reaping the benefits of the country’s new found growth, more than half of the population continues to live below the poverty line, with the rural populace faring the worst,” United Nations Special Rapporteur on extreme poverty and human rights, Magdalena Sepúlveda, said at the end of her first fact-finding mission to the country.

The human rights expert expressed concern in particular about women, children and youth, older persons and persons with disabilities. She noted that women are the most affected by poverty, lagging behind men in practically all social indicators.

Despite “enormous progress” to establish peace and stability, Mozambique continues to be one of the poorest countries in the world, ranking 185 out of 187 according to the 2013 UNDP Human Development Report.

“The State must take all measures to ensure that the potential growth from the extractive industries does not violate the rights of the population, and moreover is sustainable, inclusive, and creates jobs and better access to social services for people living in poverty.”

During her eight-day mission, Ms. Sepúlveda met with senior Government officials and representatives of Parliamentary committees, international organizations, donor agencies, financial institutions, academia and a range of civil society and grass root organizations. She also visited communities living in poverty in the provinces of Gaza, Maputo and Zambeiza.

Ms. Sepúlveda urged the authorities to reinvigorate the political will and commitment that led the country to a new era of independence and eventual stability, towards ensuring a better future for all Mozambicans.

“Mozambique must now redouble its efforts to sustain and build on the significant achievements until now, as well as to address the challenges of the future,” she said.

Independent experts, or special rapporteurs, are appointed by the Geneva-based UN Human Rights Council to examine and report back, in an unpaid capacity, on specific human rights themes. Ms. Sepulveda is scheduled to present a report to the Council in June of next year on her findings.