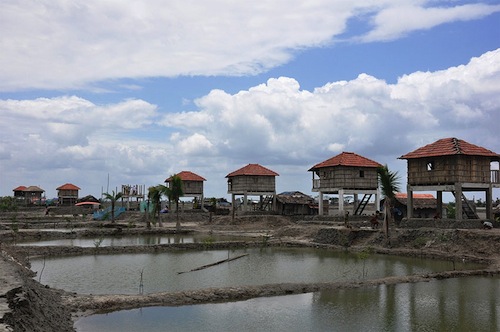 The United Nations warned that economic losses from disasters have spun out of control and called on the world’s business community to incorporate disaster risk management to their investment strategies to avoid further losses.

“Governments bear the responsibility for disaster risk reduction. But the level of risk is also related to the where and the how of investment by the private sector, which is responsible for 70 to 85 per cent of worldwide investment in new buildings, industry and critical infrastructure,” Secretary-General Ban Ki-moon said at the launch of the latest global assessment report (GAR13) by the UN Office for Disaster Risk Reduction (UNISDR).

Entitled Creating Shared Value: the Business Case for Disaster Risk Reduction, the report, which carried out reviews of disaster losses in 56 countries, found that direct losses from floods, earthquakes and drought have been underestimated by at least 50 per cent. In this century alone, losses from disasters amount to some $2.5 trillion.

“Let us not shy away from the meaning of these numbers: Economic losses from disasters are out of control,” Mr. Ban said. “They can only be reduced in partnership with the private sector, including investment banks and insurance companies. For too long, markets have placed greater value on short-term returns than on sustainability and resilience. At long last, we are coming to understand that reducing exposure to disaster risk is not a cost but an opportunity to make that investment more attractive in the long term.”

The report highlights how the transformation of the global economy over the last 40 years has led to rapid increases in disaster risk in low-, medium- and high-income countries, with the search for lower costs and higher productivity driving business into hazard-prone locations with little or no consideration of the consequences on global supply chains.

“In a world of ongoing population growth, rapid urbanization, climate change and an approach to investment that continually discounts disaster risk, this increased potential for future losses is of major concern,” said Margareta Wahlström, the Secretary-General’s Special Representative for Disaster Risk Reduction.

Of the 1,300 small- and medium-sized businesses in six disaster-prone cities in the Americas surveyed by the report, three-quarters have suffered business disruptions related to damaged or destroyed power, telecommunications and water utilities. However, only a minority of them – 14.2 per cent in the case of companies with fewer than 100 employees – had a basic approach to crisis management.

“In the wake of the global financial crisis, disaster risk stands as a new multi-trillion dollar class of toxic assets of unrealized liabilities. The catastrophic economic losses from the Japan earthquake/tsunami, floods in Thailand and the destructive Super Storm Sandy show clearly the extent of what is at stake.”

The report stressed that prevailing business models in urban development, agribusiness, and coastal tourism – three key investment sectors – continue to drive disaster risk, and calls for partnerships between the government and private sector to put in place and improve crisis management strategies

“The beginnings of changing attitudes in the private sector now need to transform into a more systematic approach to disaster risk management in partnership with the public sector to make the world a safer place,” Ms. Wahlström said, adding that this will be a major focus of the Global Platform on Disaster Risk Reduction to be held in Geneva next week.