Posted on: March 20th, 2012 by AlYunaniya Staff No Comments

Protection of human rights essential in fight against HIV/AIDS 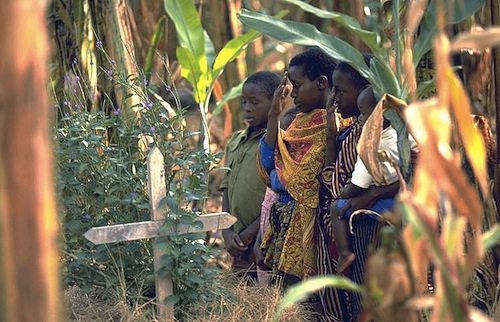 A top United Nations official today stressed the importance of protecting the rights of individuals with HIV/AIDS, as well as of populations who are more vulnerable to the epidemic.

During the first UN Human Rights Council panel on HIV, High Commissioner for Human Rights Navi Pillay underlined that although there has been much progress since HIV was first discovered 31 years ago, there is still much to be done to ensure that no human rights violations are committed which make individuals more vulnerable to the disease.

“HIV has taught us a lot about how the neglect of human rights increases vulnerability,” Pillay said. “The lack of respect for human rights has not only fuelled the epidemic, it has brought to the surface pernicious and persistent forms of discrimination and marginalization, in multiple and overlapping manifestations.” Pillay emphasized that protecting human rights is a central element to effectively combat the epidemic as ending discrimination against vulnerable populations will lead to a more inclusive approach when implementing and monitoring HIV policies and programmes.

“Sex workers, men who have sex with men, transgender persons, people who use drugs, prisoners and persons in detention, migrants, refugees, persons who live in poverty, people with disabilities, orphans, young women and girls must not only be included in national responses to HIV, they must also be involved in the policy options and choices that affect them,” Pillay said. “It is no coincidence that these populations are the most vulnerable to the epidemic – they not only bear the burden of the disease, they also endure a broad range of human rights violations,” she added.

Pillay underscored that a human rights approach to HIV also needs to address a wide range of abuses which may increase vulnerability to the disease such as violence against women and girls, in addition to ensuring that current laws and practices do not discriminate against people living with HIV. She also called on countries to increase their funding for AIDS response so citizens can have access to affordable lifesaving treatment. “Funding the AIDS response is not only necessary; it is also a human rights legal obligation. We should not permit the current economic crisis to translate into a reversal in the gains made so far,” she said.