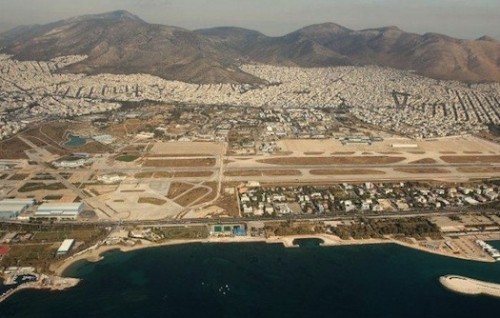 Qatar has returned as a candidate in the international competition process to develop Hellinikon, the Greek airport site on the city’s southern coast.

Qatari government has signed a contract that gives the right to participate anew in the competition process, one month after Diar Real Estate Investment Co., a unit of Qatar Investment Authority, didn’t proceed to the second phase of a tender for the Hellenikon project in January.

Qatar “has signed the confidentiality agreement and is returning to the Hellinikon tender,” government spokesman Simos Kedikoglou said according to Vima.

One of the most attractive pieces of property in the country, it was scheduled to become Europe’s biggest park but is being turned over for development as part of the country’s accelerated privatization plans to bring in cash to the indebted country.

The three other bidders are Elbin Cochin Ltd. from Israel, London & Regional Properties from the U.K. and Lamda Development SA (LAMDA.AT) of Greece.

The final submission of offers is expected to take place in July 2013, according to the Hellenic Republic Asset Development Fund (HRADF).

The full development of the Hellinikon site is expected to enhance Greek GDP by 0.3% per year and to create over 10,000 new jobs on a yearly basis for the next decade.

The Prime Minister’s recent trip to the Arab country was a catalyst; coordination by government officials Mitarakis and Michalos played a role as well, according to parapolitika.gr.

Hellinikon S.A. intends to develop Hellinikon SA (6.20 million sq.m. or approximately 620 hectares) through the business plan that selected investor will submit. The plant includes the old Athens Airport, unexploited land plots, a 3.5 kilometer open stretchalong the Athenian coastline and includes a currently operational 337-berth marina.The site is situated in the wider Athens area, close to the city centre, with immediate access to Greek islands and in proximity by air to other European and Middle Eastern destinations.

It is noted that Greek State will receive 30% of the profits derived from the development of the area during the course of the contract for development to be signed, according to HRADF.