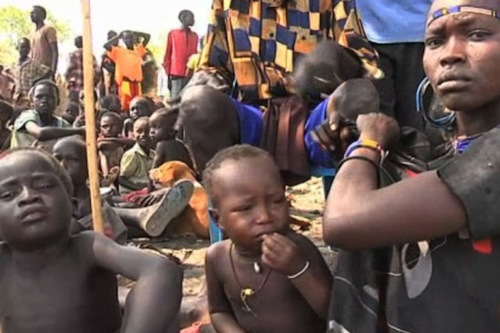 United Nations agencies and their partners have mounted a response for up to 25,000 civilians stranded in the bush by fighting in South Sudan’s Jonglei state, after gaining access to the area earlier this week.

Fighting between Government forces and armed groups in Jonglei has displaced thousands of civilians since January. The UN and its partners have had access to most of the 1.5 million people in the area, but were unable until this week to reach a couple of the villages from which people fled and were hiding in the bush.

The UN Humanitarian Coordinator in South Sudan, Toby Lanzer, said that expanded access for aid agencies in Pibor County has allowed for the assessment of the needs of up to 25,000 civilians who have fled recent fighting.

“I am particularly concerned that some children show signs of measles, a fatal disease in such conditions,” he said in a statement.

UN agencies and non-governmental organizations (NGOs) have a joint team on the ground and are providing medical assistance, water purification tablets and plastic sheeting.

“Civilians stranded in the bush need not only peace and security, but also freedom of movement so that they can access services,” he added. “Basic services can be provided by humanitarian organizations, assuming that all parties ensure unhindered and continuous access, as well as an environment which is safe and welcoming for non-governmental organizations and UN agencies.”

Lanzer had called the access gained earlier this week a “significant breakthrough.” With the rainy season started and expected to last through December, the basic concerns of the families in the area are staying dry and warm, food and medical needs.

South Sudan, which marked its second independence anniversary earlier this month, has been plagued by sporadic ethnic violence as well as a border conflict with Sudan.