Renewed violence in Syria as Annan plan “on track” 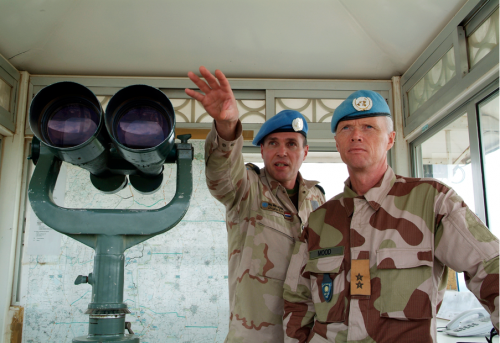 Activists in Syria reported Renewed violence in Syria as the Anan plan is “on track,” said Ahmad Fawzi, spokesperson for Mr. Annan, at a news conference in Geneva.

Mr. Fawzi acknowledged that there had been no “big signs” of compliance with the plan on the ground, but small ones but said thatthe crisis in Syria “is not going to be resolved in a day or a week. Realistically, it’s going to take a little more time to pull all the strings together, but rest assured that they are being pulled together.”

Meanwhile, the Local Co-ordination Committees, an opposition activist network, reported the deaths of 33 people in renewed violence across the country, accoridng to Al Jazeera.  Massive anti-government protests were also reported.

Demonstrations swept across the country province after Friday prayers. People left the mosques and filled the streets chanting for freedom, demanded  the free Syrian army to be armed, and the execution of Assad.

Abu Omar, a local activist, told Reuters, that troops also fired on demonstrators outside the main mosque in the Damascus neighbourhood of Jubar.

Other massive demonstrations were also reported in Hasakeh, northeast of Damascus.

Anti-regime demonstrations have been staged after prayers each Friday with a different slogan each week since the revolt against President Bashar al-Assad’s rule broke out in March 2011. This friday’s slogan was “Our commitment is our salvation.”

On Thursday 23 people died, including four students killed when regime troops stormed the campus at Aleppo University, in northern Syria, following anti-regime protests.  The university has now closed, according to an announcement on its website.

The head of the observer mission, Norwegian Major General Robert Mood, told reporters on Thursday in Syria that there was still “a good chance and an opportunity” to halt violence.

Fawzi said Mood’s team would have “around 50″ observers on the ground by the end of Friday, and that the United Nations had obtained commitments from different nations for 150 of the 300 observers that the UN Security Council authorised.

“It’s not an advance team any longer,” Fawzi said. “The numbers are growing every day.”

He also said Mood’s truce observers are not being targeted, despite suicide blasts occurring near a hotel where some of them were staying. But Fawzi acknowledged that “there are days when things are progressing in a satisfactory manner, and there are days where we feel that it’s a rough ride”.

The violence in Syria, has claimed over 9,000 lives, mostly civilians, and displaced tens of thousands, according to the U.N while activists put the number to more than 11,000.