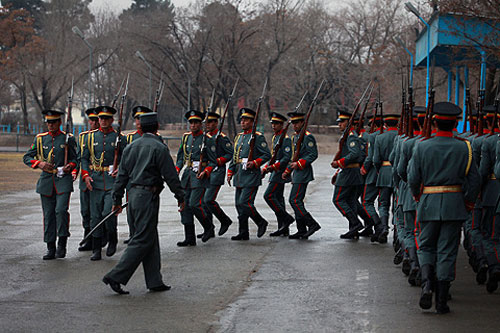 Torture remains a serious concern in numerous detention facilities across Afghanistan, despite significant efforts by the Government and international partners to address the problem, according to a new United Nations report released on Sunday.

The report by the UN Assistance Mission in Afghanistan (UNAMA) states that more than half of 635 conflict-related detainees interviewed experienced ill-treatment and torture, particularly in 34 facilities of the Afghan National Police (ANP) and the National Directorate of Security (NDS) between October 2011 and October 2012.

Torture took the form of abusive interrogation techniques in which Afghan officials inflicted severe pain and suffering on detainees during interrogations aimed mainly at obtaining a confession or information, UNAMA stated in a news release. Fourteen methods of torture and ill-treatment were described similar to practices previously documented by the Mission.

“The Government’s attention and efforts to address these abusive practices are visible and encouraging, and have produced some positive results but the system isn’t robust enough to eliminate ill-treatment of detainees,” said Jan Kubis, the Secretary-General’s Special Representative and head of UNAMA. “Clearly, more needs to be done to end and prevent torture.”

Among other measures to improve detention practices, the Government carried out training programmes on prevention of the ill-treatment of detainees, issued policy directives, increased the number of inspections and reassigned personnel.

The Mission noted that while both the NDS and the Ministry of Interior stated that they investigated allegations of ill-treatment, it is unclear whether any of these internal probes resulted in the prosecution or loss of jobs of Afghan officials for involvement in torturing detainees or for having failed to prevent torture.

“UNAMA found a persistent lack of accountability for perpetrators of torture with few investigations and no prosecutions for those responsible,” said Georgette Gagnon, Director of Human Rights for UNAMA.

“The findings highlight that torture cannot be addressed by training, inspections and directives alone but requires sound accountability measures to stop and prevent its use. Without deterrents and disincentives to use torture, including a robust, independent investigation process, criminal prosecutions and courts’ consistent refusal to accept confessions gained through torture, Afghan officials have no incentive to stop torture.”

Over the reporting period, the UN-mandated International Security Assistance Force (ISAF) implemented a detention facility monitoring programme to support Afghan authorities in reforming their interrogation and detainee treatment practices prior to resuming international transfers of detainees to several facilities.

UNAMA stated that its findings reinforce the urgent and long-term need for reforms in the judiciary, prosecution and law enforcement sectors and offers 64 recommendations to the Government and international partners.

In addition to other measures, UNAMA recommends the creation of an independent national preventive mechanism on torture described in the Optional Protocol to the Convention against Torture.

“Such a dedicated mechanism could be located within the Afghanistan Independent Human Rights Commission with the authority and enhanced capacity and expertise to inspect all detention facilities, conduct follow-up investigations and make detailed technical recommendations on prosecution of perpetrators and remedial measures,” said the Mission.

“Establishing such a mechanism would require concerted and sustained support from the Afghan Government and the international community. UNAMA continues to observe the treatment of detainees and is working closely with Afghan authorities and international partners to bring positive change.”

The recommendations strengthen proposals in UNAMA’s October 2011 report which have not been fully implemented, the Mission added.