Resettlement and land reform key challenges for peace in Rwanda 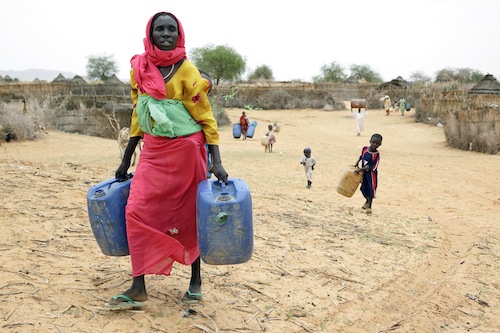 A United Nations independent expert today stressed that resettlement and land reform are two of the main challenges for the consolidations of peace and stability in Rwanda, and called on the Government to ensure that its policies on these issues take into account basic human rights.

“I call on the Government to make sure that implementation of the land consolidation policy is conducted on the basis of the human rights values of consultation and participation,” said the Special Rapporteur on the right to adequate housing, Raquel Rolnik, at the end of her first mission to the country. “Involvement in land consolidation projects must be voluntary and in no way based on coercion.”

Rolnik emphasized that the resettlement of people that is taking place in rural areas, known as “villagization,” and the implementation of urban planning in Kigali, the capital, have to be handled very carefully if they are to consolidate stability and reconciliation in the country.

“Villagization,” also known as imidugudu, was launched in 1994 by the Government to give housing to thousands of returnees after the genocide that same year. The programme now focuses on rural populations, with the intent to bring scattered households closer together in villages.

“As far as housing is concerned, land consolidation has the potential of improving the living conditions of people in planned and organized settlements,” Rolnik said. “There is however the risk of making consolidated lands more attractive to agribusinesses, with the possible consequence of concentration of land ownership in rural areas, and of increased migration to urban settlements.”

During her nine-day mission, Rolnik met with Government officials, as well as with representatives of civil society organizations, independent researchers and academics, and UN agencies. She acknowledged the Government’s “impressive capacity of planning and implementing its policies, reaching out to communities in the most remote areas of the country.” However, she added that “it is my wish that this vision is realized in a way that is sustainable, and does not leave any Rwandan behind.”

Rolnik also visited inhabitants of several neighbourhoods in Kigali and villages in the countryside that are being set up in the context of the villagization policy, and discussed with inhabitants the impacts of this policy on their housing and living conditions.

The Special Rapporteur will present her mission report at a future session of the UN Human Rights Council in Geneva. The Council appoints experts, who work in an independent and unpaid capacity, to examine and report back on a country situation or a specific human rights theme.