Posted on: July 12th, 2012 by Dimitris Ioannou No Comments

Restoring education and opportunity in Jordan 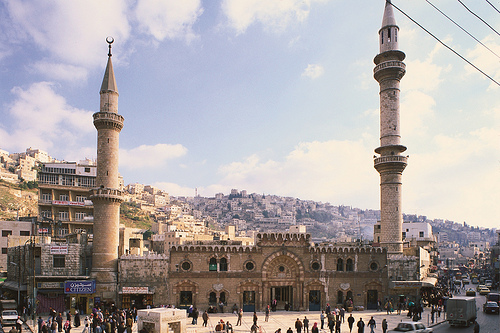 Demographic changes and rapid urbanization in Jordan over the last 30 years have led to a dramatic increase in child poverty and vulnerability. A multi-sectoral approach focusing on education as the best way to reach at risk youth resulted in 100,000 school dropouts completing an Alternative Education Curriculum and obtaining 10th grade equivalent certification. A mentoring programme was established, which mentored over 12,000 at risk youth and trained 2,500 volunteers and 100 staff in 20 government and nongovernmental organizations (NGO) and four universities.

In 2002, a Japan Social Development Fund (JSDF) grant was provided to respond to the unprecedented changes in the demography of Jordan. Sixty percent of the population is under 18 years of age and there has been rapid urbanization (80 percent urban up from 20 percent) over the past 30 years, leading to a dramatic increase in child poverty and vulnerability. In 2006, the Middle East and North Africa Region (MNA) reported the highest rate of youth unemployment (around 25 percent) as well as the largest gender gap in unemployment. Many unemployed youth wait for two to three years for their first position and young women often face the greatest difficulties securing a job. Single sector policies offered only partial solutions and a multi-sector youth-focused approach was needed to develop a sizable critical impact at the community level to produce tangible results.

According to World Bank, a critical element in the success of this project was tripartite collaboration at the local and national levels among government, non-government and private sector to promote a healthy family atmosphere for each child, especially for those children at risk between 10-18 years of age. Jordan recognized education as a first line of defense against child labor, delinquency, child abuse and substance addiction. Education was a guaranteed right for each child. The project aimed to increase the percentage of those completing primary education and reduce the dropout rate. Two innovative approaches were implemented:

Mentoring. Provide a strong means of advocacy for children and create a supportive and effective social linkage for children outside of the government structure, a key feature for rehabilitation into mainstream society by age 18 ;

Locality development and bottom-up approach. This approach, by focusing on the community and local authority levels, changed the institutional-social environment of “at risk” children.

This project accomplished the following:

Through the mentoring program, this grant helped build one-on-one relationships between the “at risk” child and the mentor, who was able to get to know the child/youth and steer him/her towards appropriate educational choices. The six participating Centers of the Ministry of Social Development (MSD) Juvenile Division all adopted the mentoring approach and were able to benefit over 12,000 children. In addition, this approach was incorporated into the working strategy of the MSD, and three key committees (referral, volunteer and implementation) were included in the official structure of the Juvenile Division. This structure has greatly contributed to the sustainability of the program.

Through the “Street Education” programme, this project assisted school dropouts to study towards their 10th grade equivalency certification. An estimated 80,000 to 100,000 school dropouts have benefitted from the training and employment opportunities. So far, 98 percent of those who have taken the 10th grade proficiency test have passed and the cost for each child is around US$350 per year.

Through the bottom-up approach, Jordan was the first country in the MNA Region to launch a bottom-up mainstreaming process for child protection that focused on building institutional capacity and establishing working collaborations between government and nongovernmental organizations.

In addition: (i) 100,000 school dropouts benefitted from the 3 alternative courses for obtaining 10th grade equivalent certification; (ii) 12,000 at risk youth received mentoring as part of the mentoring program; (iii) 2500 volunteers trained and 100 staff trained across 25 government and non-government organizations, and academic institutions.