Posted on: July 13th, 2013 by AlYunaniya Staff No Comments 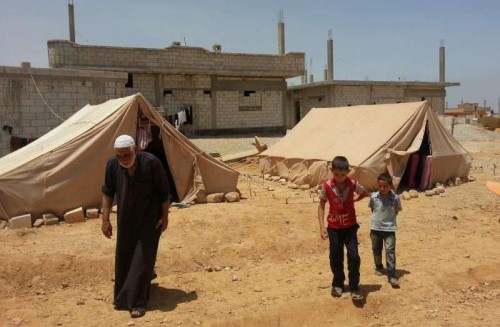 The United Nations refugee agency said today it is concerned about reports of a number of flights carrying Syrians being turned back from airports in Egypt, and reiterated its call on all Governments to admit and protect Syrians who have fled the conflict in their country.

According to the UN High Commissioner for Refugees (UNHCR), the Syrian nationals that were turned back were returned to where their flights originated, including Damascus and Latakia.

This follows a decision on 8 July imposing new visa requirements, under which Syrian nationals are required to apply for a visa and security clearance prior to their travel to Egypt. UNHCR noted that the Egyptian Embassy in Damascus does not currently have the capacity to issue visas.

“I appeal to the Egyptian authorities, as I have to all other Governments in the world, to admit and protect all Syrians seeking refuge in their country,” High Commissioner for Refugees António Guterres said.

“I fully understand the challenges faced by Egypt at the present moment. But the traditional hospitality of the Egyptian people should not be denied to Syrians trying to flee the most devastating and dangerous conflict in the world today,” he added.

Civilians inside Syria have been under siege for over two years as the Government and opposition groups seeking to oust President Bashar Al-Assad continue to do battle. As many as 100,000 people have been killed, almost 2 million have fled to neighbouring countries and a further 4 million have been internally displaced since the conflict began in March 2011.

UNHCR stated in a news release that it has formally expressed its concern about the change in Egyptian policy with the Government, noting the country’s great support since 2011, particularly in generously hosting hundreds of thousands of Syrian refugees.

“We urge the Egyptian authorities to do their utmost to ensure the continued protection of all who are in need of international protection, and to refrain from returning Syrians without a proper assessment of their protection needs,” said the agency.

UNHCR has registered almost 72,000 Syrian refugees in Egypt. Around 18,000 individuals await registration and plans for mobile registration in Alexandria and Damietta are under way. The Egyptian Government estimates that around 250,000 to 300,000 Syrian nationals currently reside in its territory.

Egypt has been grappling recently with its own political crisis, which escalated last week with the military removing President Mohamed Morsy from power amid widespread protests in which dozens of people were killed and wounded. The Constitution has been suspended and an interim government has now been set up in the country, which has been undergoing a democratic transition following a revolution two years ago.

“We are extremely alarmed at the escalating violence in Homs and Aleppo, and the humanitarian and human rights impact on ordinary people,” they stated. “We understand that up to 2,500 people remain trapped inside Homs, where there are reports of continuing shelling, use of long-range weapons and ground attacks using tanks. The presence of armed opposition groups inside residential areas also increases the risk for civilians.

“We call on all parties to immediately halt all actions that might result in civilian loss of life, to grant immediate safe passage to allow civilians to leave Homs and to allow humanitarian aid to get in. Negotiations on this continue but neither the Government nor armed groups have provided sufficient safety or security guarantees for civilians or aid workers,” they said.

The two officials added that UN agencies and humanitarian partners are helping people who have managed to leave Homs for safety in nearby towns and villages. Food and other basic supplies have been pre-positioned so that they can be delivered in Homs as soon as safe access is permitted, while humanitarian agencies continue to bring vital aid to communities in need in Aleppo and elsewhere.