Posted on: October 20th, 2012 by Romana Turina No Comments

Russia goes ahead with forced evictions for Olympics Road 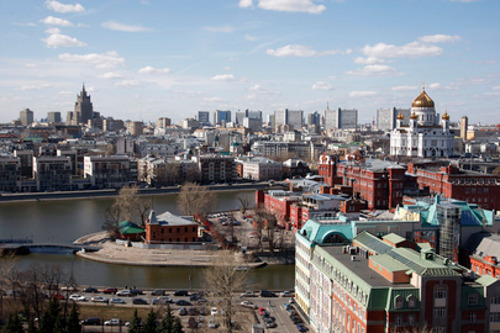 The Russian authorities are threatening several families with impending forced eviction to make way for road construction ahead of the 2014 Winter Olympic Games.

As a result of the often chaotic transition from the Soviet communal land era, many home-owners do not have clear title to their property. Nevertheless, for years the authorities have treated the homes and individuals’ use of them as legal. Now local authorities are suing home-owners for constructing homes unlawfully, most likely to avoid the rightful compensation of property owners evicted for construction of Olympic venues and infrastructure.

An example of what is happening is the case of Aleksei Kravets. He has been living with his family in a three-story home he built himself in Sochi, on the shore of the Black Sea. The Sochi authorities claim that Kravets has no right to compensation for the house, and are threatening to evict the family and demolish the home in the coming days. Guards on the road construction site have threatened Kravets with beatings and destruction of his property.

On October 9, 2012, a subcontractor of Russian Railways, which is building the road, erected a 2.5-meter metal fence around the house. On October 15, a second fence was erected, this time with barbed wire along the top. Family members must crawl through a hole at the bottom of the fence in order to leave the property for their daily routine.

Guards at the site, armed with mace, stun guns, and rubber truncheons, have threatened Kravets, saying they will “bash him up” and start destroying the house. Kravets has filed two complaints with the local police regarding the threats and the fence, but has received no response.

Local authorities claim that the Kravets’ home was built illegally and sued the family in May and October 2012, ultimately winning a court order to demolish the building. In suing Kravets for constructing their house unlawfully, the local authorities are able to avoid the regular processes for compensating property owners evicted for Olympic construction. A very valuable ploy, as an independent appraisal in 2011 valued Aleksei Kravets’ 152 square-meter, three-story house located on the shore of the Black Sea at 13 million rubles (US$422,000).

Prior to and during construction of the home, Aleksei Kravets filed multiple notifications with the authorities regarding the construction; and the authorities issued the home a technical passport, in 2003 and 2010. He also tried, unsuccessfully, to privatize the property. Hence, prior to the establishment of the Olympic program, the authorities never insisted that the building was illegal, or forced him to leave.

Jane Buchanan, senior researcher on Europe and Central Asia for Human Rights Watch, comments on the facts: “Now, with Olympic construction under way, the authorities suddenly decide to take advantage of an ambiguous legal situation and deprive the family of their rightful compensation. Olympic construction is again being used as an excuse to evict a family and deprive them of their rightful home and compensation.”

Forced eviction without provision of appropriate forms of legal protection, as well as provision of reasonable compensation, is a serious violation of international law.

“Unfortunately, the Kravets’ family is not the only one to experience this type of eviction without compensation,” Buchanan said. “The International Olympic Committee has a crucial role in preventing any further situations like this. It should no longer simply sit by and watch as the local authorities trample the Olympic ideal of dignity by forcing people out of their homes without compensation and in an environment of threats and harassment.”