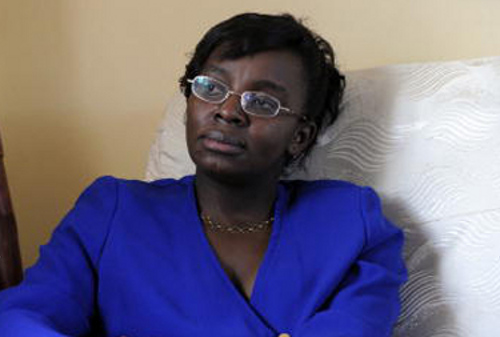 The High Court in Kigali found the opposition party leader Victoire Ingabire guilty of conspiracy to undermine the established government and sentenced her to eight years in prison.

Ingabire, president of the FDU-Inkingi opposition party, was arrested on October 14, 2010, and charged with six offenses. Three were linked to “terrorist acts” – creating an armed group, complicity in terrorist acts, and complicity in endangering the state through terrorism and armed violence. The remaining three − “genocide ideology,” divisionism, and spreading rumors − were linked to her public criticism of the government in the period before the 2010 presidential elections.

“The prosecution of Ingabire for “genocide ideology” and divisionism illustrates the Rwandan government’s unwillingness to tolerate criticism and to accept the role of opposition parties in a democratic society,” said Daniel Bekele, Africa director at Human Rights Watch.

The trial, which began in September 2011 and closed on April 25, was marred by setbacks and delays. Ingabire, who pleaded not guilty, was tried alongside four co-defendants − Vital Uwumuremyi, Jean-Marie Vianney Karuta, Tharcisse Nditurende, and Noel Habiyaremye − who implicated her in alleged collaboration with armed groups. The four pleaded guilty to charges of belonging to a terrorist movement, participating in terrorist acts, and creating an armed group.

All four are former members of the Democratic Forces for the Liberation of Rwanda (FDLR), an armed group operating in eastern Congo that consists in part of individuals who took part in the 1994 genocide in Rwanda. The FDLR has committed numerous atrocities against civilians in eastern Congo in recent years.

Ingabire was accused of collaborating with the FDLR and planning to form a new armed group, the Coalition of Democratic Forces (CDF).

Independently of its research into this trial, Human Rights Watch has received information that other detainees in military custody at Camp Kami have been put under intense pressure, and in some cases tortured, to extract confessions. Some alleged that they were ordered to incriminate Ingabire and other government opponents.

“Several factors lead us to conclude that Ingabire did not receive a fair trial,” stated Bekele. “These include the politically motivated charges, such as “genocide ideology,” doubts about the reliability of some of the evidence, senior government officials’ public statements before the trial about Ingabire’s guilt, and broader concerns about the lack of independence of the Rwandan judiciary in politicized cases.”

During Ingabire’s trial, a witness called by the defense undermined the credibility of testimony against Ingabire by Uwumuremyi, one of the co-defendants. The witness, Michel Habimana, said that he and Uwumuremyi had been detained together in Camp Kami in 2009. He claimed that Uwumuremyi was induced to incriminate Ingabire and had admitted to Habimana he did not even know her. Habimana said that Uwumuremyi had once asked him to collaborate with the intelligence services too to incriminate Ingabire, but that Habimana had refused.

Foreign Affairs Minister Louise Mushikiwabo told The Independent newspaper on August 7, 2010: “She is a criminal… She is bad news, she is connected to the FDLR and terrorist groups and she has a criminal history” and told The East African on May 3, 2010: “There is no place for people like Ingabire in Rwanda. Not now and not in many years.”

“The odds were stacked up against Ingabire before any evidence had been produced,” Bekele said. “In these circumstances, it was highly unlikely she would receive a fair trial.”

Freedom of expression and association are severely restricted in Rwanda. Two years after presidential elections in which Kagame was re-elected with more than 93 percent of the vote, Rwanda effectively still has no functioning opposition parties. The RPF dominates the political scene and faces no meaningful challenge from other parties represented in parliament.