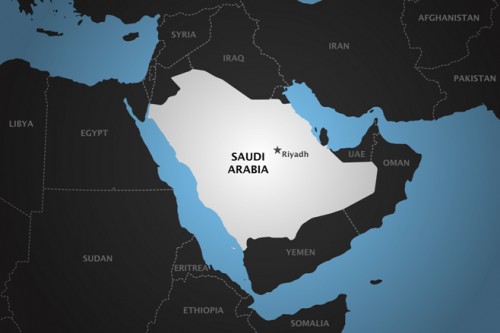 Saudi Arabia beheaded seven men in public on Wednesday convicted for armed robbery despite last-minute appeals by rights groups and UN, who were allegedly not given fair trials.

The executions took place in Abha, a city in the southern region of Asir, the Saudi Press Agency said.

Two of the men are believed to have been juveniles at the time of the alleged crime: Ali bin Muhammad bin Hazam al-Shihri and Sa’id bin Nasser bin Muhammad al-Shahrani, according to Amnesty International.

In a trial only lasting several hours, all men were denied legal representation and refused the opportunity to appeal, Amnesty added.

Saudi Arabian authorities postponed the executions which were initially set to take place on March 5.

They were executed “as a punishment to them and to deter others” from carrying out similar crimes, said SPA.

The kingdom usually beheads or sentences people to lashes for murder, rape and drug- smuggling.

Saudi Arabia has been criticized by international human rights and UN experts over death sentences.

One day before the executions Amnesty International released a statement saying: “Executing these men would be an act of sheer brutality – it must be stopped immediately. All seven should be granted a new trial and torture allegations must be investigated,” said Philip Luther, Amnesty International’s Director for the Middle East and North Africa.

“In countries that have not abolished the death penalty, capital punishment may be imposed only following a trial that complied with fair trial and due process safeguards,” said the UN Special Rapporteur on extrajudicial, summary or arbitrary executions, Christof Heyns.