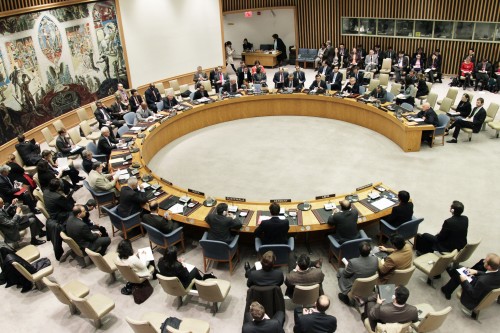 The U.N. Security Council voted to expand the observer mission to 300 for three months to monitor the cessation of violence in the country’s 13-month old conflict and renewed a call for the support and implementation of Annan’s six-point peace plan.

The resolution gives Secretary-General Ban Ki-moon authorization to decide when to deploy the additional monitors, based on developments on the grounds including the consolidation of the cease-fire.

Secretary-General of the U.N., Ban Ki Moon, has accused Assad of failing to honor the truce. The truce, which officially took effect on April 12, and the observer mission are part of special envoy Kofi Annan’s plan for ending 13 months of violence and hold talks between Assad and the opposition.

An expanded observer team is to help implement a cease-fire , even though a similar mission by 165 Arab League observers in January failed to halt violence.

Earlier on Saturday, the Syrian authorities allowed the UN ceasefire monitors to enter the besieged city of Homs after resident opposition activists said shelling and gunfire stopped for the first time in weeks.

The small advance team of monitors, who had previously not been permitted to visit  Homs for “security reasons,” were able to enter the battered district of Baba Amr, Alarabiya reports.