Posted on: July 4th, 2012 by Dr. Demetris Kamaras No Comments

Somalia signs action plan to end use of child soldiers 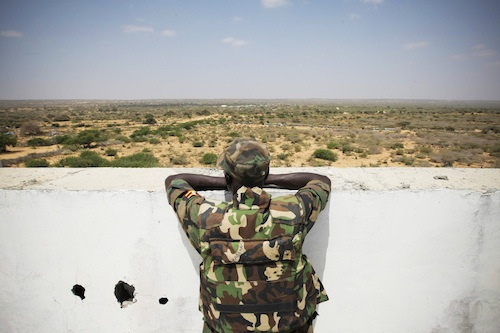 At a United Nations-backed meeting in Italy, Somalia’s Transitional Federal Government yesterday signed an action plan to end the recruitment and use of children in the East African country’s national military.

“The signature of the action plan will be critical for the professionalization of the security forces, and will contribute positively to the ongoing stabilisation of Somalia,” the Secretary-General’s Special Representative and head of the UN Political Office for Somalia (UNPOS), Augustine Mahiga, said in a news release.

The action plan, signed at a meeting of the International Contact Group on Somalia, taking place in the Italian capital of Rome, outlines concrete steps to be taken by the Government to ensure a child-free national army. The ICG is composed of representatives of the United Nations and its diplomatic partners in support of efforts to restore peace and stability in Somalia.

“I strongly urge the governments present here at the ICG to come forward and provide the necessary funding for the release and reintegration of these children,” Mahiga said.

According to UNPOS, the plan was signed by the Minister of Defence and Deputy Prime Minister of Somalia, Mr. Hussein Arab Isse, and, on behalf of the UN, by Mahiga. The Somali minister also committed to sign an action plan to protect children from being killed or maimed, and this second action plan will be signed later this month in Mogadishu, Somalia.

In the plan, the Somali Government commits to end and prevent recruitment of children in Somalia’s National Armed Forces; reintegrate all children released from the armed forces with the support of the UN; criminalize the recruitment of children through national legislation; and provide the UN with unimpeded access to military installation to verify the presence of children.

Since 2007, the Transitional Federal Government has been listed on the UN Secretary-General’s list of parties to conflict who recruit and use children. Full compliance with the action plan will result in the Government being removed from the list.

“I am encouraged to hear that the Government has committed to sign a similar agreement to end the killing and maiming of children,” said the UN Special Representative for Children and Armed Conflict, Radhika Coomaraswamy. “Somalia must now sign and ratify the Convention on the Rights of the Child and its Optional Protocols.”

After decades of warfare, Somalia has been undergoing a peace and national reconciliation process, with the country’s Transitional Federal Institutions currently implementing the so-called Roadmap for the End of Transition in Somalia, devised in September last year, that spells out priority measures to be carried out before the current transitional governing arrangements end on 20 August.