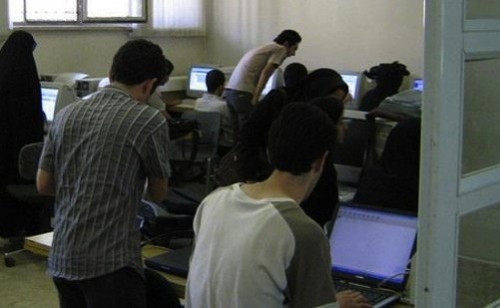 Dozens of university students in cities across Iran have been interrogated or arbitrarily arrested in recent weeks, marking an escalation in the authorities’ clampdown on students as the academic year begins, Amnesty International said in a statement.

Some universities have banned women from certain areas of study. Members of some religious minorities and student activists have been specifically targeted, with many being banned from further study or summoned to serve prison sentences for earlier offences – in many cases merely because they peacefully exercised their right to freedom of expression, association or assembly.

Iran’s academic year begins on 23 September, and the recent rise in harassment dates back to May 2012, although student activists have faced persecution for many years, according to Amnesty International.   “The Iranian authorities must end their cycle of repression against university students, which has contributed to an environment of fear as the new academic year approaches,” said Ann Harrison, Deputy Middle East and North Africa Programme Director at Amnesty International.

“By banning students from their studies on the basis of their gender, beliefs or peaceful activism, the Iranian authorities are violating their obligations under international law.”

University disciplinary committees commonly use a discriminatory practice of allocating “stars” – indications on a student’s personal file – where they have been found to take part in an activity “not permitted under university rules” which can include peaceful political or human rights activities.   A student handed three “stars” typically faces an outright ban on further education.

Since August, Amnesty International has documented several cases of students who have been called to serve prison sentences or banned from pursuing further higher education by the Iranian authorities.   Soroush Sabet began serving a two-year prison sentence on 2 September 2012 in connection with his participation in student demonstrations in 2007.   Another student, Leva Khanjani, a member of the persecuted Baha’i religious minority, has been banned from pursuing higher education on account of her faith. On 25 August 2012 she began serving a two-year prison sentence imposed for her alleged peaceful role in demonstrations against the Iranian authorities in late December 2009.

Amnesty International said it fears that many other students remain at risk of similar harassment, and calls on the Iranian authorities and university administrations to end such openly discriminatory practices.  “The Iranian authorities must recognize that students – like all in Iran – have the right to peacefully express their opinions, together or in association, and to peacefully demonstrate, including to express their criticism of the government,” said Harrison.  “

All student prisoners of conscience in Iran – such as Behareh Hedayat, Majid Tavakkoli and Zia Nabavi – should be released immediately and unconditionally said Amnesty International.