Survey focuses on how persons with disabilities cope during disasters 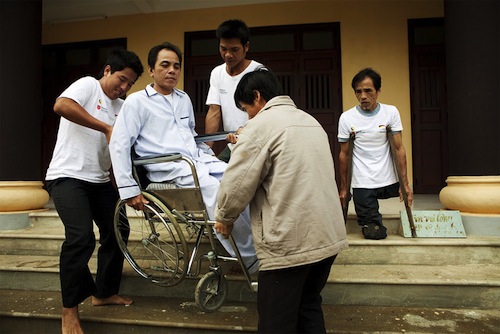 A United Nations online survey launched yesterday seeks to provide insight into how to reduce risk and help persons with disabilities around the world cope with and prepare for disaster events.

The first-ever survey of its kind, produced by the UN Office for Disaster Risk Reduction (UNISDR) and partners, focuses on issues such as the ability to protect oneself and having sufficient time to evacuate before a potential disaster. It also asks questions about knowledge, awareness and participation in disaster management plans at national and local level.

“The survey will focus on a major blind spot in disaster management, the needs of the one billion or more people estimated to live with some form of disability,” said the Special Representative of the Secretary-General for Disaster Risk Reduction, Margareta Wahlström. We can expect that as many as 30 million people living with a disability are affected during an average year by earthquakes and weather-related hazards.

According to UNISDR, this is the first survey of its kind and the data gathered could help Governments and international organizations put in place preparedness policies aiming to protect persons with disabilities during disasters.

“This survey has the potential to provide a very revealing insight into how we can reduce disaster risk for people living with disabilities which can then be included in the new global agreement on disaster risk reduction which will be in place by 2015,” Wahlström said.