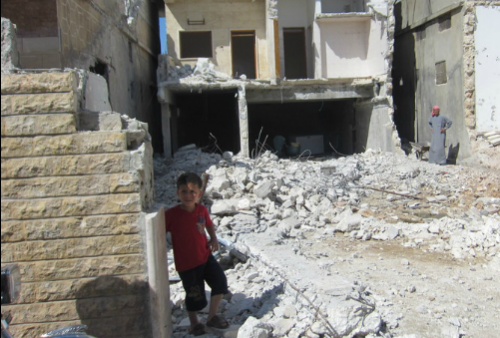 In Syria there is fresh evidence of widespread as well as systematic violations, including crimes against humanity and war crimes, being perpetrated as part of state policy to exact revenge against communities suspected of supporting the opposition and to intimidate people into submission, Amnesty International said in a report.

Although not granted official permission by the Syrian authorities to enter the country, Amnesty International was able to investigate the situation on the ground in northern Syria. Amnesty International visited 23 towns and villages in the Aleppo and Idlib governorates, including areas where Syrian government forces launched large scale attacks including during negotiations over the implementation of the UN-Arab League-sponsored six-point ceasefire agreement in March/April. In every town and village visited grieving families described to Amnesty International how their relatives – young and old and including children – were dragged away and shot dead by soldiers – who in some cases then set the victims’ bodies on fire.

Soldiers and shabiha militias burned down homes and properties and fired indiscriminately into residential areas, killing and injuring civilian bystanders. Those who were arrested, including the sick and elderly, were routinely tortured, sometimes to death. Many have been subjected to enforced disappearance; their fate remains unknown.

France would propose that Annan’s six-point plan be enforced under the UN’s Chapter Seven provision, he said on Wednesday, describing the conflict in Syria as a “civil war”.   Fabius said he hoped Russia would agree to using Chapter Seven, a measures which can authorise the use of force, and he said that a no-fly zone was another option under discussion.

Earlier on Wednesday, Russian Foreign Minister Sergei Lavrov told a news conference during a brief visit to Iran that Moscow was supplying “anti-air defence systems” to Damascus which does not violate international law.

On Wednesday, US Secretary of State Hillary Clinton  call on Russia to end arms deliveries to Syria, saying that Syria was “spiralling toward civil war”.   Clinton said she supported co-operation with Russia but stood firm on her call for an end to arms deliveries, a day after she charged that Moscow was sending “attack helicopters” to Syria that could “escalate the conflict”, Al Jazeera reported.