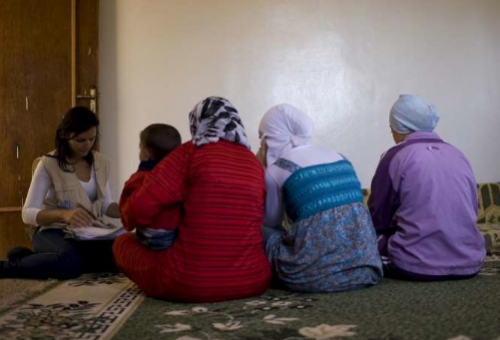 Syrian government forces have launched a fightback against rebels in Aleppo on Saturday, pouring troops into the southwest of the commercial hub, as Western countries have raised warnings over rising violence in Aleppo.

The reinforcements, which have been massing over the past two days, “have moved on the Salaheddin district, where the largest number of rebel fighters are based,” the Syrian Observatory for Human Rights said, according to Al Jazeera.

“The fiercest clashes of the uprising are taking place in several neighborhoods of the city,” the head of the Britain-based watchdog, Rami Abdel Rahman, told AFP.

Rebels in Aleppo, have been stockpiling ammunition and medical supplies in preparation.

Meanwhile, The United States said it feared a massacre in Aleppo after President Bashar al-Assad’s forces launched ground and air bombardments in preparation for a major onslaught against rebels in Syria’s commercial capital.

Even though the United States showed heightened concern over then in Aleppo on Friday, it rejected comparisons to a Libyan crackdown that triggered international intervention.

Bernard Valero, a French foreign ministry spokesman, said yesterday that, “With the build-up of heavy weapons around Aleppo, Assad is preparing to carry out a fresh slaughter of his own people.

Al-Assad, meanwhile, is in the final preparations to launch a massive assault on Aleppo, Turkey’s Prime Minister Recep Tayyip Erdogan said on friday. “The regime is getting ready to mount an attack on central Aleppo with tanks and helicopters.” Prime Minister Recep Tayyip Erdogan warned that international organizations needed to take steps against Damascus amid Foreign Minister Ahmet Davutoglu’s suggestion that scenarios for a post-Baathist era were now on everyone’s table, according to Hurriyet daily.