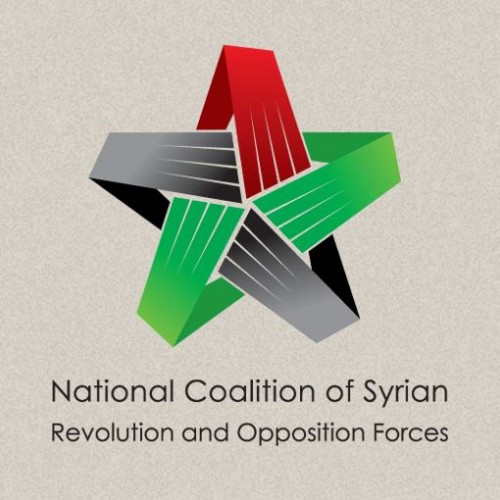 “The committee members recognize Mr. Al Khatib’s distinct role and tireless efforts during the past five months presiding over the Coalition. In light of Mr. Al Khatib’s positive national and international efforts, the Presidential Committee will issue a letter of gratitude and appreciation on behalf of the political establishment. Meanwhile, the Presidential Office has designated Mr. George Sabra as the Acting President of the Syrian Coalition, with the cooperation and consultation of the remaining Presidential Committee members and vice presidents.”

Sabra, who until now led the Syrian National Council, will be the Coalition’s caretaker leader until at least May 10, when the Coalition is scheduled to meet for leadership elections, according to AFP.

Sabra has lived in Syria for most of his life and has been jailed many times for dissent. In October 2011, he fled to Paris to help form the post-uprising opposition.

Meanwhile, at a press conference in Istanbul following his designation as interim opposition leader, Sabra denounced the Assad regime for the recent massacre outside of Damascus. Earlier, a watchdog group said that more than 100 people were found dead in a town near Damascus.

On Sunday, the main opposition National Coalition urged Hizbullah to immediately withdraw its forces from Syria  adding its involvement in Syria’s conflict could drag Lebanon and the region into the conflict.

According to the Syrian Observatory for Human Rights,  fighters from the Lebanese group of Hizbullah, a staunch ally of the Syrian regime, are leading the fight against rebels in the region of Qusayr in Homs.
Tags: Damascus, George Sabra, Istanbul, Moaz al-Kahtib, Syria, Turkey