Posted on: February 28th, 2012 by Julie Jalloul No Comments 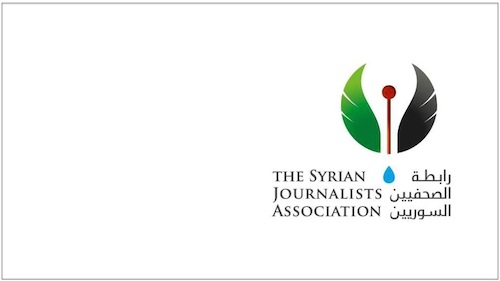 Authoritarian regimes’ constant attempts to choke the flow of information seems a losing battle as it turns out that information is simply blind to national boundaries. In a region where repressive regimes get the final say, and the press is weighed down with high levels of corruption and propaganda, the upheavals and revolutions in the Middle East have certainly unleashed a thirst for reliable information, freedom of press.

As the doors to freedom and democracy swing open in the wake of the Syrian Uprising, citizen journalists have taken smartphones in their hands, Tweeted about protests, and journalists followed their prerogative. “In repressive regimes, journalism has become a form of activism,” said Courtney Radsch, a former reporter with al Arabiya who is now programme manager for the Global Freedom of Expression Campaign at Freedom House.

After decades of media oppression, Syrian journalists inside Syria and in exile have gathered to announce the establishment of the Syrian Journalists Association (SJA) on February 20. “The establishment of the Syrian Journalists Union as a professional and independent union has been undertaken as a response to the revolution of freedom and honor that started last year according to Nouri AL Jarrah in an interview with Reuters.  He describes it as an act in solidarity with the Syrian people “taking part in the revolution against the oppressive regime.” The founding statement of the union criticized the existing journalist union, describing it as “a bureaucratic organization aiming to control the workers in the media field and pushing them under the control and service of the regime… siding with the oppression the regime continues for the peaceful demonstrations.” The new union criticized the “negative role of the existing journalist union and its silence against the ban of satellite channels from entering Syria, the oppression of journalists, and the extreme difficulty of carrying out their job under such circumstances.”

In Syria, the media is primarily owned and controlled by the government and the ruling Baath party, which assumed power in 1963. Over two hundred websites are banned by the regime for everyone, but a closed tight circle of the ruling elite. Criticism of the president and his family is not allowed, journalists practice self-censorship, and foreign reporters rarely get accreditation.  Though there have been developments in Syrian press freedom since Bashar al-Assad became president in 2000, the state continues to use the unending state of emergency law, suppressing freedom of expression and free access to information, to arrest media workers. Journalists and political activists risk arrest at any time for virtually any reason and are. According to the annual census by the Committee to Protect Journalists (CPJ) annual census of imprisoned journalists, Syria ranks as one of the world’s top jailers with 8 Syrian journalists behind bars with Iran being first.