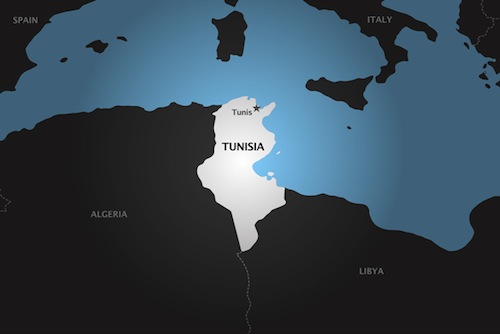 Tunisian prosecutors should drop charges against two sculptors for art works deemed harmful to public order and good morals. The criminal prosecution of artists for works of art that do not incite violence or discrimination violate the right to freedom of expression, Human Rights Watch said.

Nadia Jelassi and Mohamed Ben Salem, whose works were exhibited in a show in La Marsa in June 2012, could be sentenced to up to five years in prison if convicted. Their mixed-media work provoked protests during the exhibit.

Jelassi’s contribution to the “Printemps des arts” exhibit was a work entitled “Celui qui n’a pas…” (“He who hasn’t…”), which includes sculptures of veiled women in the midst of a pile of stones. Ben Salem’s contribution depicted a line of ants streaming out of a child’s schoolbag to spell “Allah.”

The investigative judge of the First Degree Court of Tunis informed the two artists in August that they faced charges under article 121.3 of the penal code.

The exhibition was in a state-owned hall in La Marsa known as al-Abdelliya, in the northern suburbs of Tunis, from June 1 to 10. On June 10, three people, including a court official, asked one of the gallery directors to remove two paintings they judged offensive by 6 p.m. Meanwhile, a campaign gathered steam on Facebook condemning the exhibit as anti-Islamic.

That night, dozens of people broke into the palace and vandalized some of the artworks before the police dispersed them. On June 11, riots erupted in several locations across the country, with protesters setting fire to courts, police stations, and other state institutions. One civilian died in the violence and dozens were wounded. Several preachers in mosques across the country condemned the art show, some openly calling on their followers to put the artists to death as apostates.

Jelassi told Human Rights Watch that she received a phone call from the judicial police some days after the incidents informing her that they had opened an inquiry into the events of “al-Abdelliya.” On August 17, she went to the First Degree Court of Tunis, at their request, where the investigative judge of the second bureau informed her that she faced charges of “harming public order and public morals,” under penal code article 121.3. On August 28, the investigative judge questioned her.

“I felt like I was in the times of the Inquisition,” she told Human Rights Watch. “The investigative judge asked me about my intentions behind my works that were on exhibit at the show, and whether I had intended to provoke with this work.”

The United Nations Human Rights Committee has said that laws prohibiting expression deemed to show a lack of respect for a religion or other belief system are incompatible with international law, apart from the very limited circumstances in which religious hatred amounts to incitement to violence or discrimination.

The case is at least the fourth in which prosecutors have used article 121.3 of the penal code to bring charges for speech deemed offensive to public morality and public order since the country’s new National Constituent Assembly convened in November 2011. On March 28, the first instance tribunal of Mahdia sentenced two bloggers to prison terms of seven and a half years for publishing writings perceived as offensive to Islam.

On May 3, Nabil Karoui, the owner of the television station Nessma TV, was fined 23,000 dinars (US$1,490) for broadcasting the animated film Persepolis, denounced as blasphemous by some Islamists. On March 8, Nasreddine Ben Saida, publisher of the newspaper Attounssia, was fined 1,000 dinars (US$623) for publishing a photo of a football star embracing his naked girlfriend.

The penal code’s article 121.3 makes it an offense to “distribute, offer for sale, publicly display, or possess, with the intent to distribute, sell, display for the purpose of propaganda, tracts, bulletins, and fliers, whether of foreign origin or not, that are liable to cause harm to the public order or public morals.”

“Many Tunisians expected that repressive laws like article 121.3 would not long outlast the dictator who adopted it,” Goldstein said. “We now see that as long as the transitional government does not make it a priority to get rid of these laws, the temptation to use them to silence those who dissent or think differently is irresistible.”