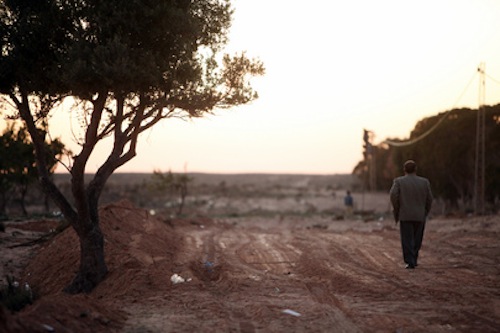 The bill would set up a Temporary Judicial Council to supervise the appointment, promotion, and dismissal of judges. The draft law gives the executive a lesser but still significant role in the composition of the council and fails to provide specific guidelines for the drastic step of removing a judge. As it stands, the measure would leave open the possibility of arbitrary dismissal or transfer, HRW argued.

“The draft law for a Temporary Judicial Council lacks protection against the arbitrary removal or transfer of judges,” said Eric Goldstein, deputy Middle East and North Africa director at Human Rights Watch. “The National Constituent Assembly should address this shortcoming before passing a law that it defines as temporary but could have lasting impact.”

The assembly’s commission on general legislation started examining draft laws to set up the Temporary Judicial Council in February 2012. On July 27, the assembly’s plenary session began reviewing of the unified draft law submitted by the commission. The rules of procedure require the general assembly to hold a plenary discussion and then vote on the bill article by article.

Under the draft the new council would consist of six members elected directly by judges and five ex-officio members – the president and prosecutor general of the court of cassation; the prosecutor general in charge of judicial affairs; the ministry of justice general inspector; and the president of the Housing Court. The law would create an independent electoral commission to supervise the elections.

However, this proposal is weak with regard to representation of judges when it comes to the all-important area of discipline, Human Rights Watch said. The elected members of the new council would include two judges for each of three judicial grades. When the council sits as a disciplinary body, only the two from the same grade as the magistrate to be disciplined would participate along with the five members appointed by the executive, giving the judges only minority representation in disciplinary proceedings.

The draft furthermore would give the prime minister discretionary power to accept or reject the decisions of the council regarding appointments, promotions, and transfers of judges, thus perpetuating effective executive control over the judiciary.

A positive feature of the draft law is that it would restore the right of judges to appeal decisions of the Judicial Council before the Administrative Tribunal. This would conform with international standards, Human Rights Watch said. For example the United Nations Basic Principles on the Independence of the Judiciary guarantee the right “to an independent review of decisions of disciplinary, suspension or removal proceedings.”

In other respects, however, the draft law does not contain sufficient guarantees for the job security of judges, a pillar of judicial independence. The principle of security of tenure is enshrined in several international and regional standards, such as the Principles and Guidelines on the Right to a Fair Trial and Legal Assistance in Africa, adopted by the African Commission on Human and People’s Rights. Those principles require that judges be suspended or removed only in exceptional circumstances and according to narrowly crafted objective criteria.

Under Law no. 67-29, the 1967 statute that governs most aspects of the judicial system and still needs to be overhauled, transfers of judges were allowed for “a need within the organization,” a broad concept that under Ben Ali facilitated punitive transfers of judges who acted independently. The draft law contains similarly broad language that permits the transfer of judges for “the requirements of judicial service.”

The draft law also does not sufficiently define the wrongdoings that warrant disciplinary measures, and refers only to current applicable laws. Under the 1967 law, the disciplinary council can take action on “any breach by a member of the judiciary of the duties of his office, or of honor or dignity.” By not specifying wrongdoings or corresponding sanctions, it leaves the door open for the executive to initiate disciplinary proceedings on arbitrary grounds.

The UN special rapporteur on the independence of judges and lawyers has said that a law governing a judicial system should give detailed guidance on infractions by judges that would trigger disciplinary measures, and the gravity of the infraction necessary to warrant a specific disciplinary measure.

“An independent judiciary is a key pillar of a democratic government,” Goldstein said. “The assembly should adopt strong safeguards for judicial independence.”