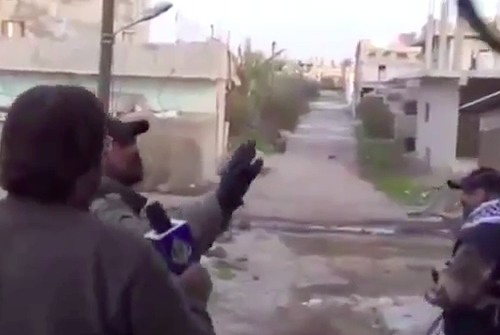 Two journalists were killed in the space of 24 hours while covering fierce clashes between government forces and the rebel Free Syrian Army (FSA) at the end of last week.

Yves Debay, a French journalist reporting for the magazine Assaut, was shot by a sniper in Aleppo on 17 January. Mohamed Al-Messalma, a Syrian journalist also known as Mohamed Al-Horani, was killed the next day while covering fighting in Bousra Al-Harir, a suburb of the southern city of Deraa. He worked for Al-Jazeera.

Reporters Without Borders reiterates its concern about the deteriorating security conditions for reporters in Syria. “Journalists are being targeted with increasing frequency and the rate of deliberate killings is accelerating dangerously,” the media freedom organization said.

Debay was a former soldier who created two magazines specialized in military matters, Raids in 1986 and Assaut in 2005.

Al-Jazeera said Al-Horani was killed by a regular army sniper. Aged 33, he had worked for the Qatar-based TV news channel for more than a year. He had previously been an anti-government activist.

According to the Reporters Without Borders tally, at least 21 journalists and 49 citizen-journalists have been killed in connection with their reporting in Syria since the start of the uprising and the ensuing crackdown in March 2011.

Reporters Without Borders is also concerned about Mosaab Al-Hamadi, the Syria correspondent of Al-Arabiyya, Sky News Arabic and other TV stations, who is being held by an opposition group.