Posted on: July 2nd, 2012 by Fatima Alshaali No Comments 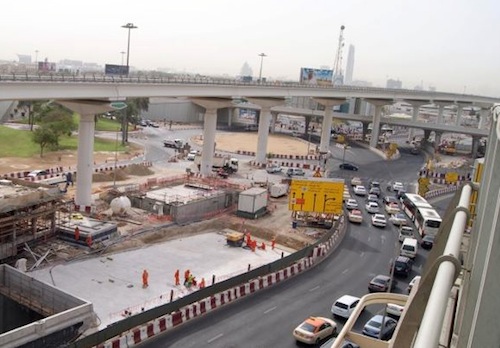 DUBAI, From our Correspondent – UAE ranked first regionally and 11th globally in terms of the availability and quality of transport infrastructure by the Global Enabling Trade Report 2012, released by the World Economic Forum (WEF). With this ranking, UAE outperforms countries such as the USA, Finland, and Belgium.

Sheikh Hamdan Bin Mubarak Al Nahyan, Minister of Public Works, said that UAE’s generous and carefully planned spending on infrastructure projects has led to advancing its global ranking in WEF’s Global Enabling Trade Report 2012, and now the world can see the fruits of this approach.

“Upon instructions from His Highness Sheikh Khalifa Bin Zayed Al Nahyan, President of UAE, and His Highness Sheikh Mohammad Bin Rashid Al Maktoum, Vice President and Prime Minister of the UAE and ruler of Dubai, the Ministry of Public Works continues to build road networks connecting the country’s cities to further boost the economy. Public spending on infrastructure by the UAE is the highest regionally. The accessibility and quality of infrastructure in the UAE contributes to the national economy and furthers our commitment to develop in the country,” he added.

The WEF report emphasizes other strong areas of performance reflecting the UAE’s ongoing commitment to trade, including Border Administration (11th globally), Transport and Communications Infrastructure (18th globally), and Business Environment (12th internationally). The UAE tops the region in all these areas.

The Enabling Trade Index, published within the framework of the Global Competitiveness Network and the Supply Chain and Transportation Industry Partnership, was developed in consultation with key industry leaders, academics, and international organizations in the trade arena and measures the extent to which economies have developed institutions, policies, and services facilitating the free flow of goods over borders and to destinations. It assesses four key areas of performance, namely market access, border administration, transport, and telecommunications infrastructure and the business environment, and sub-indices within these broad areas. The index provides a yardstick of countries’ performance in creating enabling trade environments and pinpointing where improvements are most needed.