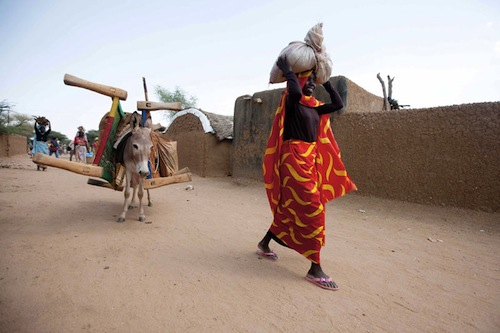 The head of the United Nations-African Union peacekeeping mission in Darfur, known by the acronym UNAMID, has called for an end to the latest round of violence – reportedly leading to several casualties – to affect a town in the Sudanese state of North Darfur.

“I am saddened that the people of Kutum have again had to endure pain and suffering,” UNAMID’s Acting Joint Special Representative, Aichatou Mindaoudou, said in a news release. “UNAMID calls for a cessation in hostilities and for all parties to engage in peaceful dialogue.”

According to the news release, UNAMID peacekeepers at a team site near the town of Kutum, located some 100 kilometres northwest of El Fasher, the capital of North Darfur state, reported that the security situation began deteriorating on Tuesday, 4 September, with a rash of shootings, including an assassination attempt on a local official.

The latest violence comes as the locality recovers from a series of attacks, and subsequent destruction and looting, which took place last month.

That violence began on August 1, with the shooting of a district commissioner and his driver during a car-jacking by three unidentified armed men. The vehicle was recovered later that same day, in the vicinity of the Kassab camp for internally displaced persons (IDPs), located near Kutum.

Later that day, armed men surrounded Kassab, looted its market and burnt down the police post located within. Three civilians and one police officer were reported killed, in addition to six people injured.

In the following days, similar events took place – such as fighting between armed elements and Government forces, looting and the displacement of civilians – leading to a deterioration of the security and humanitarian situation at the Kassab and Fataborno IDP camps, as well as around Kutum. The incidents forced more than 25,000 IDPs from Kassab camp to flee and seek refuge in Kutum.

In response, UNAMID began providing a round-the-clock presence with continuous patrols, monitoring movements in and around the camp and facilitating humanitarian assistance.

At the end of August, UN humanitarian agencies and non-governmental partner organizations reported that they were able to resume their activities at Kassab IDP camp, with about 80 percent of its residents having returned following the violence in August.