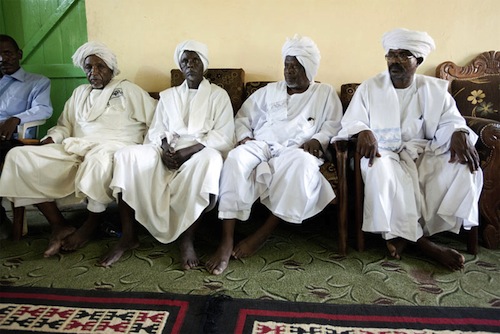 Members of the United Nations-African Union peacekeeping mission in Darfur, known by the acronym UNAMID, met with community leaders in the town of Mellit in the state of North Darfur, in Sudan, to help put an end to friction which has led to deadly clashes between two main tribes in the area.

“Mellit is known for the peaceful coexistence between all tribes. I hope that this reputation will continue well into the future,” said UNAMID’s Head of Office for North Darfur, Hassan Gibril, who led the Mission’s delegation in the talks with community leaders earlier this week.

Disagreements between members of the Ziyadiah and Berti tribes emerged on 15 August, and resulted in violent clashes in which shops were looted and destroyed in Mellit’s main market area. The violence resulted in the deaths of six people and injuries to 12 others.

According to an UNAMID news release, Mr. Gibril said he was deeply concerned by the tragic events and offered the Mission’s assistance in mediation and inter-tribal reconciliation activities. “We want to learn from what happened to prevent such incidents in the future,” he said.

During the meeting with the UNAMID delegation, the local chief of the Abassi camp for internally displaced persons, Adam Abdurahim Kharif, said that residents fear attacks similar to the one that happened in the Kassab camp, which earlier this month was surrounded by armed men who looted its market and burnt down the police post located within, killing four people. The security and humanitarian situations in the camp have deteriorated since then, according to the Mission.

Kharuf also asked for more protection from UNAMID to prevent similar events from occurring in Mellit.

The Mission noted that Mellit’s local commissioner said that the events last week were a series of isolated incidents that have been resolved through goodwill, while the deputy leader of the Ziyadiah tribe said that members of the community moved quickly to contain the situation and now are working together to find a peaceful remedy. The leader of the Berti tribe said that, in general, the culture of the area values peace and the people are not troublemakers.

Deployed at the beginning of 2008, UNAMID is tasked with protecting civilians, promoting an inclusive peace process and helping ensure the safe delivery of humanitarian assistance across Darfur, an arid region on Sudan’s western flank.