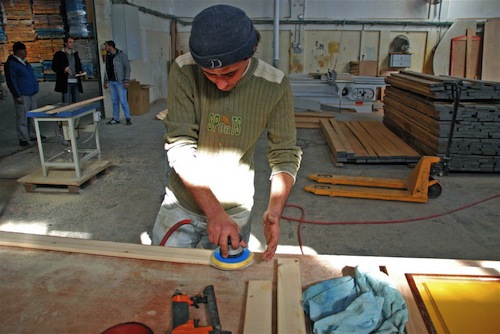 As the Israeli blockade of the Gaza Strip enters its sixth year, several UN agencies joined a group of international charities in unanimously calling for the lifting of the blockade.

“For over five years in Gaza, more than 1.6 million people have been under blockade in violation of international law. More than half of these people are children. We, the undersigned, say with one voice: ‘end the blockade now,’” the 50 organizations and agencies said in a joint statement. “The government of Israel is facing mounting international criticism for the Gaza blockade and this unanimous statement from some of the most world’s most respected international organizations is likely to increase pressure for the blockade to be lifted,” they added.

Israel imposed the blockade on Gaza for what it called security reasons after the Hamas group, which does not recognize Israel’s right to exist, ousted the Fatah movement from the Strip in 2007.

The UN agencies involved in Thursday’s joint statement are the office of the Humanitarian Coordination/Resident Coordinator for the occupied Palestinian territory, the Office of the High Commissioner for Human Rights (OHCHR), the UN Children’s Fund (UNICEF), the UN Educational, Scientific and Cultural Organization (UNESCO), the UN Relief and Works Agency for Palestine Refugees in the Near East (UNRWA), the UN Entity for Gender Equality and the Empowerment of Women (UN Women), and the World Health Organization (WHO).

The closure continues to have a serious humanitarian impact on civilians and perpetuates an unsustainable and unacceptable situation for the population of Gaza.

Later Thursday, in response to questions, the spokesperson for Secretary-General Ban Ki-moon said that the UN chief has repeatedly called for the lifting of the blockade, in line with Security Council resolution 1860, which stressed the urgency of and called for an “immediate, durable and fully respected ceasefire, leading to the full withdrawal of Israeli forces from Gaza.”

“He has consistently urged the Government of Israel to allow the free movement of people into and out of Gaza, to further liberalize imports, in particular of construction materials, to allow exports and to maintain a flow of approvals for further reconstruction works,” the spokesperson said. “At the same time, he has also stated that Israel’s legitimate security concerns should be addressed.”

These are all messages that Secretary-General Ban repeated when he visited Gaza in February, he added, while noting that Israel has taken some measures to ease the closure and that the total value of approved UN projects in Gaza – involving materials that require Israel’s approval – now exceeds $365 million.

“The UN will continue its efforts to help improve the conditions of the civilian population and to build a viable economy in Gaza,” the spokesperson said.

On Wednesday, the UN Under-Secretary-General for Humanitarian Affairs, Valerie Amos, also called for the blockade’s immediate lifting, citing the devastating impact it has had on the lives and livelihoods of the Strips’ residents.

She said that more than 80 per cent of families in Gaza are dependent on humanitarian aid. In addition, while some steps have been taken to ease the blockade’s impact, Gaza remains subject to severe restrictions on imports, exports and the movement of people, by land, air and sea – which amounts to a “collective punishment” of all those living in Gaza and is a denial of basic human rights in contravention of international law.

Senior UN officials as well as the diplomatic Quartet – comprising the UN, European Union, Russia and the United States – have repeatedly called over the past years for an end to the blockade, stating that while efforts to ease the closure were welcome, a full and immediate lifting was needed.