UN calls for more protection of human rights at workplaces 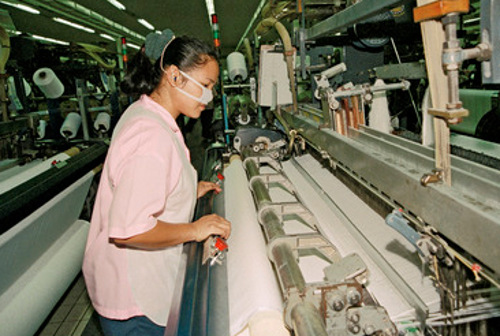 Mr. Selvanathan, a United Nations expert, has called on States and business enterprises to address the heightened risk of vulnerability, discrimination and marginalization of groups and communities whose human rights are affected by business activities across the world.

Mr. Puvan Selvanathan, who currently heads the UN Working Group on the issue of human rights and transnational corporations, urges States and business enterprises to scale up their efforts to implement the UN Guiding Principles on Business and Human Rights – the global standard for preventing and addressing the risk of adverse impacts on human rights linked to business activity.

The affected groups and communities referred to by the expert body include children, older persons, indigenous women and men, workers with precarious employment conditions, migrant workers, journalists, human rights defenders, community activists and leaders who protest against or raise allegations concerning the impact of business activities, and marginalized rural and urban communities, as well as minorities that are subject to discrimination and marginalization.

Established by the Geneva-based UN Human Rights Council in 2011, the Working Group on the issue of human rights and transnational corporations and other business enterprises reports annually to both the Council and the General Assembly.

According to a news release from the Office of the UN High Commissioner for Human Rights (OHCHR), the Working Group urges business organizations in sectors that have not yet engaged with business and human rights issues to identify sector-specific human rights issues, and take measures to raise awareness of working principles within each sector.

“Regional organisations and private standard setting and governance frameworks should also engage with the Working Group to include business and human rights in the work of their organisation, and to ensure coherence and alignment with the guiding principles,” Mr. Selvanathan noted.

The Office of the High Commissioner for Human Rights (OHCHR) news release stated that the adoption of the Guiding Principles will also be important for the post-2015 development agenda, “particularly after the missed opportunity at the UN Conference on Sustainable Development, held in Brazil in June this year,  where the outcome document failed to adequately address business respect for human rights in the drive to a green economy and sustainable development.”

The year 2015 is the target date for the achievement of the eight so-called Millennium Development Goals (MDGs), which were agreed on by world leaders at a UN summit in 2000, and which set specific targets on poverty alleviation, education, gender equality, child and maternal health, environmental stability, HIV/AIDS reduction, and a ‘Global Partnership for Development.’

With a mandate from the 2010 MDG Summit, at which UN Member States took stock of the progress made in achieving the MDGs, Secretary-General Ban Ki-moon’s post-2015 initiatives include the establishment of a high-level panel to advise on the global development agenda beyond that year.

UN Member States called for open, inclusive consultations – involving civil society, the private sector, academia and research institutions from all regions, in addition to the UN system – to advance the development agenda beyond 2015.