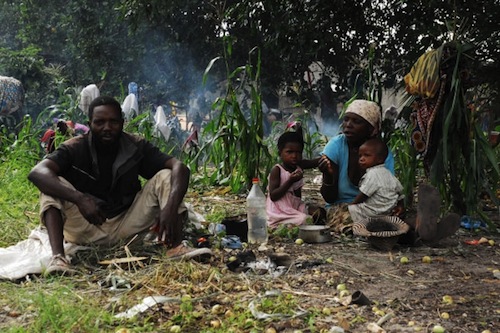 The United Nations emergency humanitarian fund today announced it will distribute more than $5 million to provide life-saving assistance to hundreds of thousands of people who have been affected by the recent floods in Mozambique.

Heavy rains last month led to massive flooding in the southern part of the country, killing 105 people and displacing some 150,000. Hundreds of houses were destroyed and crops and infrastructure severely damaged.

In a news release, the Office for the Coordination of Humanitarian Affairs (OCHA) said the Government and its partners have already allocated $10 million to cope with the emergency. However, given the scale of the disaster, more resources are required for those who lost everything in the floods.

The funds, $5.13 million in total, will be distributed from the UN Central Emergency Response Fund (CERF), which is managed by OCHA, to various UN agencies to provide basic needs and services such as shelter, food, medical aid, water, sanitation and hygiene, and logistical protection to those in need.

“While much has been done, much more is needed. These CERF funds will go a long way in ensuring that assistance is provided to those who need it most,” said the UN Resident Coordinator in Mozambique, Jennifer Topping.

The World Food Programme (WFP) will receive $2.3 million, and more than $1 million will be allocated to the UN Children’s Fund (UNICEF) and the International Organization for Migration (IOM), respectively. A further $820,000 will be given to a joint UNICEF/UN Population Fund (UNFPA)/World Health Organization (WHO) project.

The CERF allocation will form part of the larger recovery proposal, which seeks $30.6 million from the international community to help those affected by the floods for the next six months. Approximately $5 million in pledges have already been received and OCHA is calling on donors to support these efforts to ensure a quick early recovery and increased community resilience.

Launched in 2006, CERF enables the fast delivery of life-saving assistance to people affected by natural disasters and other crises worldwide. It is funded by voluntary contributions from Member States, non-governmental organizations, regional governments, the private sector and individual donors. Donors have so far pledged more than $383 million for 2013, bringing the total amount contributed to CERF since March 2006 to more than $3.2 billion.