Posted on: November 20th, 2012 by Tina Michalitsis No Comments 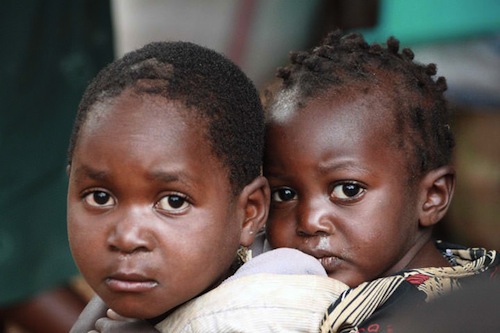 Marking Universal Children’s Day today, the United Nations children’s agency released a study forecasting just a four per cent increase in the global population of children by 2025, but adding that child population-growth will shift significantly to countries in the South.

By 2050 one in every three births will be African, compared to only one in ten in 1950, according to just one of the findings in UNICEF’s Generation 2025 and beyond: The critical importance of understanding demographic trends for children of the 21st century.

Almost one in three children under the age of 18 will also be African, the study says, though under-five deaths will continue to increasingly occur in sub-Saharan Africa, particularly in pockets of poverty and marginalization of heavily populated, low-income countries, and in least developed nations.

Overall, demographic shifts involving children will present policy makers and planners with “major challenges” in the decades following the 2015 deadline for achieving the anti-poverty goals known as the Millennium Development Goals (MDGs), which the international community set in 2000 to dramatically reduce poverty, UNICEF said in a press release.

Launched by the General Assembly in 1954, the Universal Children’s Day is aimed at having countries focus on the welfare of the world’s children as they promote the ideals of the UN Charter. The day also harks to when the Assembly adopted the Declaration of the Rights of the Child in 1959, and the Convention on the Rights of the Child in 1989 – both on the date of 20 November.

The study found that the United States is the only high-income country projected to have an increasing proportion of children by 2025.

“What is important is whether the world, as it prepares for the post-2015 agenda, takes account of this fundamental and unprecedented shift,” said a co-author of the study, David Anthony of UNICEF. “We must do everything possible so these children get an equal chance to survive, develop and reach their full potential.”

Co-author Danzhen You of UNICEF highlighted the need to “safeguard” children in a way that their rights are “respected and upheld.” UNICEF said this was especially necessary as the aging global population increases pressure to shift resources away from children.

“Children do not vote,” You said. “Their voices are often not heard when governments make decisions about funding.”

“Though China and India will continue to have a major share of the world’s population, in absolute terms, Nigeria will see the highest increase in its under-18 population of any country, adding 31 million children, a rise of 41 per cent, between 2010 and 2025,” the study says. “At the same time, Nigeria will account for one in every eight deaths among under-18s.”

“For least developed countries, serious consideration must be given to how to meet the needs of children, especially in health and education,” UNICEF said.

The study notes that population growth is such that children will make up 90 per cent of the next billion people – expected by 2025 after the world’s population reached seven billion in October, 2011.

The paper’s recommendations include targeting investments to areas where children will be born; focusing on neglected groups, especially in high-population, middle-income countries; reaching the poorest and most isolated households; and urgently tackling the issue of old age dependency.