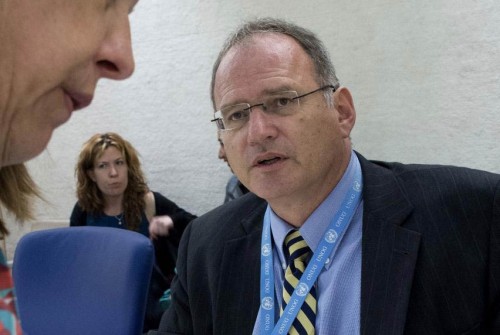 A group of United Nations experts on Tuesday called on Saudi authorities to halt the execution of seven men sentenced to death who were allegedly not given fair trials.

“In countries that have not abolished the death penalty, capital punishment may be imposed only following a trial that complied with fair trial and due process safeguards,” said the Special Rapporteur on extrajudicial, summary or arbitrary executions, Christof Heyns.

Mr. Heyns expressed concern that the crimes, which were allegedly fabricated, cannot be considered as most serious crimes to merit the death penalty.

“Any death sentence undertaken in contravention of a Government’s international obligations is tantamount to an arbitrary execution,” Mr. Heyns underlined. “Only full respect for stringent due process guarantees distinguishes capital punishment as possibly permitted under international law from a summary execution, which by definition violates human rights standards.”

The Special Rapporteur on torture, Juan E. Méndez, said there are also grave concerns that the men were tortured during detention and forced to sign confessions.

The Chair of the UN Working Group on Arbitrary Detention, El Hadji Malick Sow, added his concern about the death penalty being imposed following a possible violation of the right to liberty and security of all individuals.

The execution was originally scheduled for 5 March but was postponed for one week, and may be carried out today.