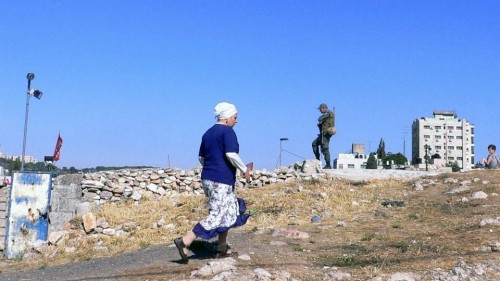 A United Nations independent expert on Tuesday welcomed the decision by the Dutch company Royal HaskoningDHV to end its contract with the Jerusalem municipality, which would require the firm to build a wastewater treatment plant that would service illegal Israeli settlements.

“The sewage treatment facility would have served to further entrench Israel’s annexation of East Jerusalem, now universally considered to be a violation of international law and United Nations resolutions,” said the Special Rapporteur on the situation of human rights in the occupied Palestinian territories, Richard Falk.

“It is encouraging that international corporations are taking corporate social responsibility seriously and weighing the legal consequences, financial costs and reputational risks of involvement in the maintenance and expansion of illegal Israeli settlements in occupied Palestine.”

In a statement Royal HaskoningDHV, which is Holland’s largest engineering company, said that “in the course of the project, and after due consultation with various stakeholders, the company came to understand that future involvement in the project could be in violation of international law.”

Mr. Falk praised the decision as a major acknowledgement of the arguments made by legal experts and human rights activists about the corporate responsibility to respect human rights.

“The Dutch firm’s decision is part of a growing momentum against Israel’s failure to comply with international law in accordance with the provisions of the Fourth Geneva Convention governing belligerent occupation,” he said.

Mr. Falk also recalled the new European Union (EU) guidelines which establish that all agreements between Israel and the EU for grants, prizes and financial instruments funded by the EU must now explicitly indicate their inapplicability to the territories occupied by Israel in 1967.

“It is hoped that other companies engaged in business relationships with the illegal Israeli settlements in occupied Palestine will follow Royal HaskoningDHV’s lead and terminate their involvement out of respect for corporate responsibility and international law,” Mr. Falk said.

The Special Rapporteur will present a report on corporate complicity in the Israeli settlement enterprise to the General Assembly next month. The report will set out a model for legal analysis of the specific ways in which business activities potentially implicate companies in international crimes.

Independent experts or special rapporteurs are appointed by the Human Rights Council to examine and report back, in an unpaid capacity, on specific human rights themes.