Posted on: September 8th, 2012 by AlYunaniya Staff No Comments

UNICEF urges greater effort in registration of children in Africa 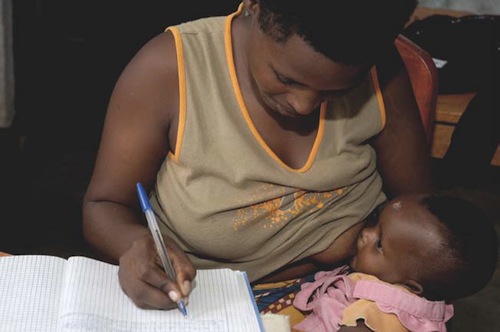 Birth certificates and other forms of civil registration of children in Africa are critical for their enjoyment of human rights and access to health, education and other services, an official of the United Nations Children’s Fund (UNICEF) told a conference on the issue, in Durban, South Africa.

“Children without a birth certificate have no legal status,” UNICEF’s Deputy Regional Director for Eastern and Southern Africa, Elke Wisch, said at the opening of the Second Conference of African Ministers responsible for Civil Registration.

“Birth registration protects children from child labour, recruitment into armed forces and militias, human trafficking, early marriage as well as other forms of exploitation,” Wisch added. “Birth registration is essential for children to access health care and education, as well as for orphans to inherit from their parents.”

Sub-Saharan Africa, according to a UNICEF press release, has the lowest birth registration rates in the world, with on average only 38 per cent of children below the age of five holding a birth certificate, although there are wide disparities between countries, with South Africa, Djibouti, Burundi, Togo and Gabon all having made strong advances.

In Nigeria, Africa’s largest country with a population of 160 million, just 30 per cent of children are registered at birth. Some countries, such as Namibia, have high registration rates in urban areas, but low rates in rural zones.

UNICEF said that factors contributing to low registration rates include a lack of sustained political commitment, limited institutional capacity, costs, cultural barriers and lack of awareness among families about the importance of registering their children.

The agency stressed that innovative partnerships with the health sector and the use of mobile technologies are opportunities to achieve greater registration coverage.

In Namibia, for example, 95 per cent of pregnant women attend ante-natal care services. Within two years of introducing birth registration facilities in 23 hospitals, the number of infants registered at birth increased by 50 per cent.

In Uganda, where 43 per cent of children are not born in health facilities, UNICEF said it supported, along with Uganda Telecom, the Government’s launch of an internet-based registration system using mobile phone technology that aims to further boost registrations.

“Throughout the continent, millions of people are using the internet on a daily basis and there are few places in Africa that do not have mobile phones network coverage,” Wisch said. “But when we look at the civil registration systems, we find that some countries have not yet caught up. We have to take advantage of these new technologies to make our civil registration systems more effective.”