UNWRA schools in Gaza temporarily closed due to violence 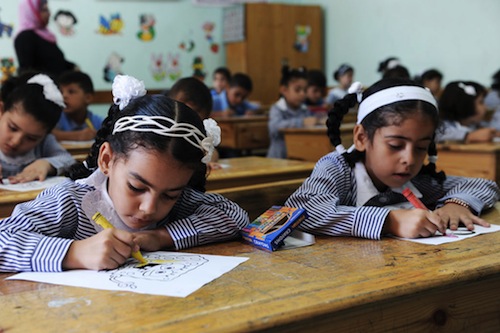 The United Nations agency assisting Palestinian refugees voiced its deep concern over the escalation of violence in Gaza, noting that it puts civilians there and in Israel at risk.

“We support the calls of the Secretary-General for an immediate de-escalation of tensions and his demand that both sides should do everything to avoid further escalation and must respect their obligations under international humanitarian law to ensure the protection of civilians at all times,” the UN Relief and Works Agency for Palestine Refugees in the Near East (UNRWA) added in a news release.

In addition to calling for an immediate de-escalation earlier this week, Secretary-General Ban Ki-moon also condemned attacks by Palestinian militants targeting Israel and called on Israel to exercise maximum restraint.

The new wave of violence in Gaza and southern Israel has resulted in several people being killed or wounded on both sides.

UNRWA has over one million beneficiaries in Gaza, where, earlier Thursday, one of its staff members was killed in an Israeli airstrike in the north.

The relief agency said that reports indicate that Marwan Abu El Qumsan – an Arabic teacher in his fifties at UNRWA’s Preparatory Boys School in the city of Jabalia, in northern Gaza – was in a car near the scene of an air strike at the time of his death; his brother, who was with him in the car, was severely injured. UNRWA also expressed its condolences over El Qumsum’s death.

Separately, an UNWRA spokesperson in Gaza, Adnan Abu Hasna, said that the agency had closed its schools temporarily due to the violence.

“There will be no schools as long as the situation remains dangerous and the air strikes continue. The students will be in danger, that’s why UNRWA has decided to suspend the work in its educational institutions until further notice,” Mr. Hasna told UN Radio.

He added that the agency’s international staff members continue with their work, noting that staff had entered Gaza today to help with emergency operations.

Also today, the UN Office for the Coordination of Humanitarian Affairs (OCHA) highlighted that the continuous waves of airstrikes and indiscriminate rocket fire have triggered widespread fear among the civilian population in Gaza and southern Israel, especially amongst children.

In particular, OCHA added, the humanitarian situation remains precarious, with widespread panic amongst the population in Gaza, stockpiling of food and fuel, low levels of drug and medical supplies and the closure of crossings for humanitarian goods. In southern Israel, all schools within a 40 kilometre radius of the border with Gaza are closed and movement is limited.

OCHA said that all parties must uphold their obligations under international humanitarian law to spare civilians from the effects of hostilities, in accordance with the principles of distinction and proportionality.

He expressed his concern to Netanyahu about the deteriorating situation, which in addition to the increase of indiscriminate rocket fire from Gaza into Israel, includes the targeted killing by Israel of a Hamas military operative in Gaza.

Ahmed Said Khalil al-Jabari, the head of the military wing of the Palestinian group Hamas which controls Gaza, was killed when his car was reportedly targeted during Israeli air strikes on the territory, following a wave of rocket attacks against Israel from Gaza.

In the telephone call, the UN chief also noted his expectation that Israeli reactions are measured so as not to provoke a new cycle of bloodshed that could cause additional civilian casualties and have dangerous spillover effects in the region. He also called for the parties to exercise the utmost restraint and to respect international humanitarian law.

In his call with President Morsy, the Secretary-General stated the need to prevent any further deterioration of the situation, and expressed strong support for the leadership being exercised by Egypt to restore calm in the region.

The Security Council also met on the issue on Wednesday night behind closed doors.