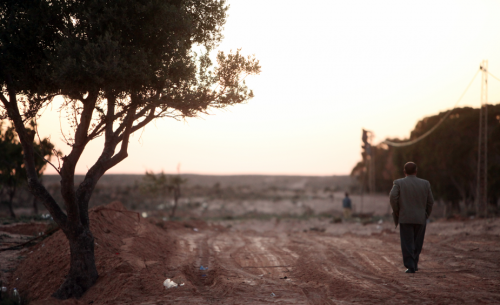 The impact of climate change will be especially acute in the Middle East and North Africa (MENA) region, according to a new World Bank Group report released today.

The report, Adaptation to a Changing Climate in the Arab Countries, provides a comprehensive assessment of the threat to the region posed by increasingly severe weather, and offers a set of policy options for the urgent task of managing current effects and building resilience against those yet to come.

The Arab world has been adapting to climate change for centuries. There is a long history and tradition of coping with the associated challenges, such as changes in temperature and rainfall. New climate change risks are emerging at a much faster rate, including the prospect of a world that is four degrees hotter, and resilience built up over years is being severely tested.

These risks have been identified and assessed in the new climate report which was prepared in partnership with the League of Arab States, involving specialists, researchers, policymakers and civil society organizations from across the region. The report reinforces the warning that decades of poverty reduction efforts could be reversed as contained in the recent World Bank publication, Turn Down The Heat: Why a 4° C Warmer World Must be Avoided.

Over the past 30 years, climate disasters have affected 50 million people in the Arab world, costing about $12 billion directly and many multiples of that indirectly. Recent trends suggest that dry regions are becoming drier and flash floods have become more frequent. The 2006 flooding of the Nile River Basin led to 600 deaths, with a further 118,000 people affected, while in 2008 a record five-year drought finally ended in the Jordan River Basin.

Globally 2010 was the warmest year since records began in the 1800s, and of the 19 countries that set new record temperatures, five were in MENA. Regional temperatures are projected to reach new record highs, coupled with less rainfall which, in a region with the world’s lowest endowment of freshwater, could make this precious natural resource even scarcer.

A harsher climate threatens livelihoods throughout the region. Extreme weather could affect both the annual US$50 billion tourism industry and agriculture, already under severe climate stress. The combination of higher temperatures, lower rainfall and increased frequency of drought could cause more crop failures and lower yields putting MENA’s rural population, nearly half the region’s total, under growing stress. Migration to already overcrowded cities and vulnerable costal zones would accelerate. Yet a further consequence of climate change could be the upending of traditional social roles, as it is usually the men who migrate for low-wage, low-skill jobs, and the women who remain behind with all the farming and community responsibilities.

The report stresses that adaptation should be integrated into all national policies and actions to ensure they are climate resilient. This spans efforts from collecting climate data to strengthening basic services. Accurate weather information is critical for preparing for extreme events. Improved access to services such as education, health and sanitation, along with effective social safety nets to compensate for sudden loss of livelihood, will give citizens the skills and resources to navigate climate challenges.