Violence and killing persists in Syria despite presence of U.N. observers 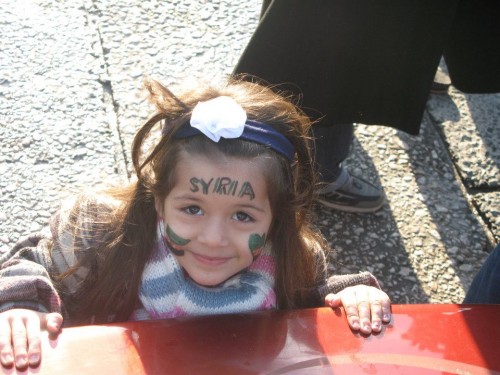 Syrian forces shelled several neighborhoods in Homs killing 6 people despite the presence of U.N. observers in the rebel province to pave the way for a 300-strong mission approved by the Security Council.

The UN envoy to Syria, Kofi Annan, on Sunday said the Security Council Resolution on deploying 300 observers to monitor the ceasefire in Syria was “a pivotal moment in the stabilization of the country”. The former UN secretary-general called on both Syrian government forces and opposition fighters to put down their arms and consolidate the ceasefire accord.

The Syrian Network for Human Rights confirmed 25 victims all killed on Sunday by the Syrian regime across the region despite the presence of the U.N observers.

The attack came one day after the violent assault carried out by the government forces in the Damascus suburb of Douma, 10 kilometers north of Damascus.

A video posted online by an activist showed smoke from shelling billowing into the sky over Douma. Heavy firing could be heard in the background.

UN observers also toured on Sunday the rebel city of Rastan in Homs province, according to Free Syrian Army spokesman Colonel Saadeddine Kassem who escorted them.

In Hama, activists said soldiers opened fire at protesters as soon as the U.N. observers left the Arbaeen neighborhood. Generally Hama has been quieter since the ceasefire took effect, according to a local activist who identified himself as Musab.   “We don’t see the tanks any more, they just hide them in government installations,” he told Reuters.

The Syrian TV SANA said the observers met the governor of Hama during the visit. Syrian authorities say “armed gangs” have continued  bombings against government targets.

The group of unarmed military monitors has been operating in Syria for a week, overseeing the ceasefire but failed to bring a complete halt to 13 months of bloodshed.

The UN Security Council agreed on Saturday to expand the mission to a 300-strong observer team, part of Annan’s plan to halt the killing and violence in Syria.

The resolution gives Secretary-General Ban Ki-moon authorization to decide when to deploy the additional monitors, based on developments on the grounds including the consolidation of the cease-fire. Ban Ki Moon will issue a  report to the council every 15 days.