Posted on: August 14th, 2012 by AlYunaniya Staff No Comments

Violence increasing in many parts of Syria, taking heavy toll on civilians – UN 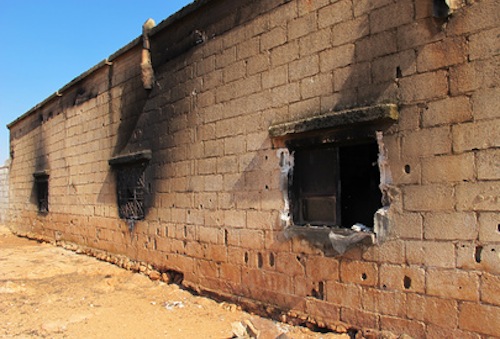 Violence and the indiscriminate use of heavy weapons by the Government as well as targeted attacks by the opposition are increasing in Syria, the head of the United Nations observer force said yesterday, adding that this is taking a heavy toll on innocent civilians.

“It is clear that violence is increasing in many parts of Syria,” said the UN Military Adviser, Lieutenant General Babacar Gaye, who is currently serving as the head of the UN Supervision Mission in Syria (UNSMIS). “Our patrols are monitoring the impact of this violence, visiting internally displaced people and hospitals.”

In the previous two weeks, there have been reports of an escalation in violence in many towns and villages, as well as the country’s two biggest cities, Damascus and Aleppo, with the latter reportedly the centre of intense combat between Government and opposition forces, involving both aerial bombardments and heavy weaponry.

Addressing a press conference in the Syrian capital, Damascus, Lieutenant General Gaye said that UNSMIS had reoriented its activities to monitor the level of violence and the use of heavy weapons, and had also intensified efforts to facilitate “local pauses” to enable assistance to civilians. The Mission had suspended its regular patrolling and monitoring activities in mid-June due to the escalating violence.

“The fighting continues and I continue to remind the parties of their obligations to respect international humanitarian law and to protect civilians. The conflict has gone on too long and far too many people are suffering,” Lieutenant General Gaye said.

“Concerning the future, UNSMIS has six days to go. We will continue to the last minute of our mandate to urge the Parties to move from confrontation to dialogue,” he added.

In separate meetings with Government officials and members of the opposition, UNSMIS officials appealed to the parties to cease military operations and come to the negotiation table, Lieutenant General Gaye said, adding that the UN is ready to support political dialogue among Syrians.

Initially set up in April for 90 days, the mission’s mandate was extended for another 30 days in late July when the Council adopted resolution 2059. That resolution also indicated that further renewals to UNSMIS’ mandate would be possible only if it can be confirmed that the use of heavy weapons has ceased and a reduction in violence by all sides was sufficient to allow the Mission to implement its mandate. With the 30-day extension, the mission’s mandate is set to expire on Sunday.

Meanwhile, various UN agencies continue to provide relief supplies to the three million people in the country who are in need of humanitarian aid.

The UN Relief and Works Agency for Palestine Refugees in the Near East (UNRWA) today reported that it had sent a convoy of food and medical aid to Damascus for the 2,400 Palestinian refugee families that have been affected by the conflict.

The 17-truck convoy carried 360 tons of flour, rice, sugar, lentils, chickpeas, pasta and medicines, worth $650,000. The aid was donated by Palestinian companies, businesspeople, and other individuals, and the shipment was coordinated by the Palestinian Authority with Jordanian and Syrian authorities.