Posted on: August 9th, 2012 by AlYunaniya Staff No Comments 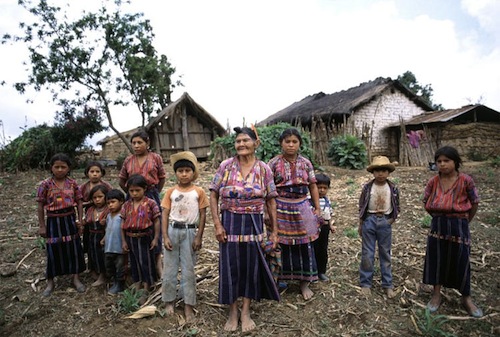 Marking the International Day of the World’s Indigenous Peoples, United Nations senior officials today highlighted the key role played by the media in empowering indigenous people, stressing that traditional and new media are an essential component to help them preserve their cultures, participate in the social and political aspects of their societies and challenge stereotypes.

“From community radio and television to feature films and documentaries, from video art and newspapers to the internet and social media, indigenous peoples are using these powerful tools to challenge mainstream narratives, bring human rights violations to international attention and forge global solidarity,” Secretary-General Ban Ki-moon said in his message for the Day.

“Indigenous voices are recounting compelling stories of how they are combating centuries of injustice and discrimination, and advocating for the resources and rights that will preserve their cultures, languages, spirituality and traditions,” he added.

The theme of this year’s Day – ‘Indigenous Media, Empowering Indigenous Voices’ – aims to highlight the importance of indigenous media in challenging stereotypes, forging indigenous peoples’ identities, communicating with the outside world, and influencing the social and political agenda.

The Day was first proclaimed by the General Assembly in December 1994, to be celebrated every year during the first International Decade of the World’s Indigenous People, which ran 1995 – 2004. In 2004, the Assembly proclaimed a second International Decade, from 2005 – 2015, with the overall theme of ‘A Decade for Action and Dignity.’

In 2007, the Assembly adopted the Declaration on the Rights of Indigenous People, which recognizes their right to self-determination and their right to freely pursue their economic, social and cultural development, and develop past, present and future manifestations of their culture in various forms.

In his message, Ban pledged the full support of the UN system to cooperate with indigenous peoples and their media to promote the full implementation of the Declaration, and called on Member States and the mainstream media to “create and maintain opportunities for indigenous peoples to articulate their perspectives, priorities and aspirations.”

In her statement to mark the Day, the Director-General of the UN Educational, Scientific and Cultural Organization (UNESCO), Irina Bokova, stressed the importance of using indigenous media to integrate indigenous people to the sustainable development model.

“Indigenous peoples face… the sharpest edges of change – from poverty and social injustice, from discrimination and marginalization. This cannot stand. To succeed, sustainable development must be inclusive. All voices must not only be heard but listened to,” Bokova said.

“At a time when debate has opened on the contours of a new global sustainability agenda, the voices of indigenous peoples must be heard,” she added. “Their rights, cultures and the knowledge systems must be taken into account.”

Bokova emphasized that the media provide a way to fight isolation and discrimination, particularly for indigenous women, by providing them with a way to bolster their voices and promote changes in attitudes and social behaviour.

UNESCO, Bokova said, is working to facilitate access for indigenous people to the public sphere, as well as provide them with the necessary skills to document and communicate their knowledge.

Also marking the Day, the Special Rapporteur on the rights of indigenous people, James Anaya, stated that indigenous media can help reduce the marginalization and misinterpretation of indigenous voices, which has been detrimental to their attempts to secure and understanding of their rights within the broader societies in which they live.

In particular, Anaya, and the Expert Mechanism on the Right of Indigenous People, pointed to activities related to extractive industries as issues that require attention from the media to ensure that indigenous rights are protected even though new projects regarding land and resources are being carried out.

Independent experts, or special rapporteurs like Anaya, are appointed by the Geneva-based UN Human Rights Council to examine and report back, in an unpaid capacity, on specific human rights themes. Set up by the Council in 2007, the Expert Mechanism provides it with thematic advice, in the form of studies and research, on the rights of indigenous peoples.

To mark the Day, there will be an event at UN headquarters in New York highlighting this year’s theme, which will include a panel discussion with representatives of indigenous media organizations from across the world, as well as a film screening of the film ‘Voices through time,’ which documents the efforts by indigenous groups to use radio and new communication technologies to build networks.