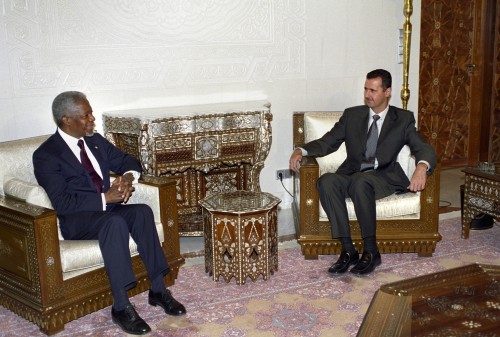 Western Countries across the globe expelled Syrian diplomats Tuesday in a coordinated move in protest at the Houla massacre.

British Foreign Minister William Hague said the expulsions aimed to tell Assad’s government  that time was running out for them to comply with the peace plan.

Spain is also expelling its Syrian ambassador, DPA reported, while Canada said all remaining diplomats are being told to leave.

More than 10,000 people have been killed since the uprising against Assad’s 11-year-rule broke out in March 2011, most of them opposition supporters killed by the army or security forces.

Meanwhile, Annan, the UN-Arab League envoy, has held talks with Bashar al-Assad, the Syrian president, as the UN human rights office has declared that more than 90 people who were killed in the Houla region were “summarily executed”.

Annan expressed what his spokesperson, Ahmed Fawzi, called “the grave concern of the international community about the violence in Syria” when he met Assad in Damascus on Tuesday, according to Al Jazeera.