WHO calls on Israel to end siege on Gaza strip 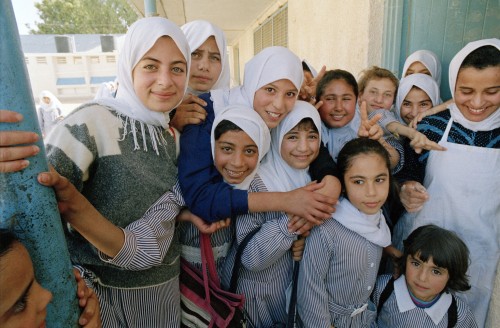 The World Health Organization (WHO) on Friday adopted unanimously a draft resolution submitted by Arab countries including Saudi Arabia condemning the Israeli siege on the Gaza Strip and calling for ending and lifting all restrictions on Gaza border terminals.

The assembly approved the resolution with 56 votes in favor, six against, 48 abstentions and 72 absent.

The resolution called on the Israeli government to immediately halt the restrictions it is imposing on the occupied Palestinian territories especially at Gaza crossings, which caused a serious lack of vital medical needs, and to reverse its policies that led to the worsening of the health conditions of Palestinians and rendered many of them dead.

The resolution also required Israel to lift its restrictions on the movement of medical personnel, vehicles, and patients and to enable them to get to health institutions in occupied Jerusalem and outside it.

WHO called for improving the health and incarceration conditions of Palestinian prisoners, especially the women, children, and patients, in Israeli jails.

According to the Gaza health ministry, more than 500 patients have died since the siege came into effect in 2007 either due to lack of badly needed medicines and died while waiting to receive permits in order to leave get medical attention at advanced hospitals outside the territory, imemc.org reported.

Restrictions on the movement of people in and out of the coastal strip as well as export and import have made Gaza isolated from the outside world.

In a statement issued by Amnesty which also condemned Israel’s blockade of Gaza said that the siege, “led to the strangulation of the local economy and resulted in extending the existing humanitarian crisis. The siege is a violation of international law and forms a type of collective punishment that is experienced by 1.6 million Palestinians.