WHO on smoking hazards 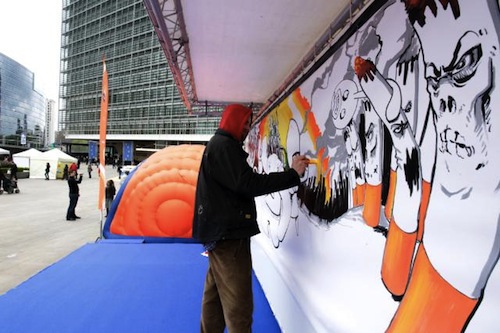 Tobacco use is responsible for five million or 12 per cent of all deaths of adults above the age of 30 globally each year, according to a United Nations report unveiled today, that for the first time provides estimated mortality rates attributable to tobacco for 2004, the year before the international treaty on tobacco came into force.

The new report by the UN World Health Organization (WHO), entitled “Mortality Attributable to Tobacco,” shows that five per cent of all deaths from communicable diseases worldwide and 14 per cent of deaths resulting from non-communicable illnesses among adults aged 30 and above were attributable to tobacco use.

“Although many people associate tobacco with non-communicable diseases such as cancers, heart and respiratory diseases, tobacco is also a major cause of communicable diseases – tuberculosis being a case in point where the disease is at times in latent or dormant state until activated by tobacco use,” said Ala Alwan, the WHO Assistant Director-General in charge of Non-communicable Diseases and Mental Health, in a forward to the report.

The regions with the highest number of deaths related to the use of tobacco are the Americas and Europe where tobacco use has been in use longer, according to the report.

Globally, deaths from tobacco-related cardiovascular diseases were more likely to occur among younger adults. Thirty-eight per cent of deaths of adults resulting from ischemic heart disease in the 30-44 age group were attributable to tobacco, while 71 per cent of all lung cancer deaths were linked to the use of tobacco.

“The five million deaths translate to an incredible statistic – one death every six seconds,” said Dr. Alwan. “Unless strong actions are taken to halt the tobacco epidemic, one billion people are projected to die this century – we cannot let this happen,” he added, urging all countries to implement the Convention on tobacco control.

The report contains country-specific estimates including death rates attributable to tobacco. It is intended to help countries assess the mortality of tobacco use and measure the success of efforts to discourage the use of the substance.

It follows the 2008 WHO report on the issue, which prompted some Member States to request the agency to consider generating estimates to give them an indication of their progress in combating tobacco use.