Why the Arab world needs an economic spring – IMF 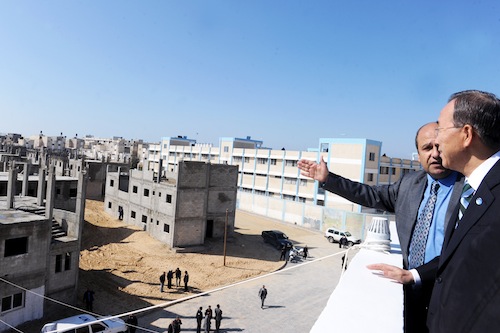 “What strikes you on a trip to the Middle East is that everyone is talking politics—all of the time. That had been the case in countries like Lebanon where it is a national pastime, but it is a new phenomenon in countries across North Africa and the Gulf.

Constitutions are being rewritten, political parties and youth groups are vibrant, and everyone has an opinion on current events. The older generation seems worried by the uncertainty associated with change. The young generation continues to be energized.

But, what I noticed during a week of travel through the region is that almost no one is talking economics, and that is a worry. Because while 2011 was a year of major transitions in the political domain, almost every economic indicator in the non-oil countries went in the wrong direction. Growth halved, unemployment rose, reserves came under pressure and deficits ballooned as governments responded to social pressures by increasing spending on wages and generalized subsidies.

New governments across the region are keen to respond to the demand for jobs and justice that brought them to power but are quickly faced with the hard reality of limited resources and powerful vested interests.

So, just as the “Arab Spring” opened a debate about politics in the Middle East, we now need an “Economic Spring” on how to rethink the region’s economic future.

Of course each country will have to define its own strategy, but there will be some common issues that will have to be addressed. How can countries move away from generalized subsidies to ones targeting the poor to free up resources to invest in improving the education system and infrastructure? How can tax systems become fairer so that the poorest can be given a minimum standard of living? Given bloated public sectors, how will the private sector be induced to create the 50-75 million jobs needed in the next decade?

Unfortunately, there is not yet any real discourse about these issues.

The region has to make this historic transition in a much tougher external environment than that which faced Eastern Europe after the fall of the Berlin Wall.

In the 1990s the world economy was booming, Europe was keen to embrace the transition countries by providing a policy anchor through membership of the European Union, and external finance was readily available.

None of these conditions are the same for MENA (the Middle East and North Africa) today and while there is willingness from the international community to help, resources are limited. Most of the economic transition in MENA will have to be financed through domestic resources and that means the numbers need to add up.

It must be indigenous and engage the younger generation whose economic futures are at stake — both their job prospects and the debts that will have to be repaid if their economies are mismanaged.

It was refreshing to listen to students from universities in Beirut during a presentation I gave at the American University in Beirut (AUB). They had many questions on the economy and the implications for their futures. There was obvious energy and talent in the room as well as worry about what lay ahead for them.

Their concerns ranged from the need for better access to education, to jobs, to protecting the environment. They also commented about the need for transparency in public finances and how the IMF can help address the many challenges facing the region.

This visit to the region, has made me more convinced that without an “Economic Spring” to accompany the “Arab Spring” and the important political transitions taking place in the Arab region, we risk failure on both fronts.”